Two luxury apartment complexes were reduced to piles of rubble in seconds on Saturday after authorities detonated explosives filled in the structures, complying with the Supreme Court order to bring down the four unauthorised buildings in Maradu municipality in Kochi. 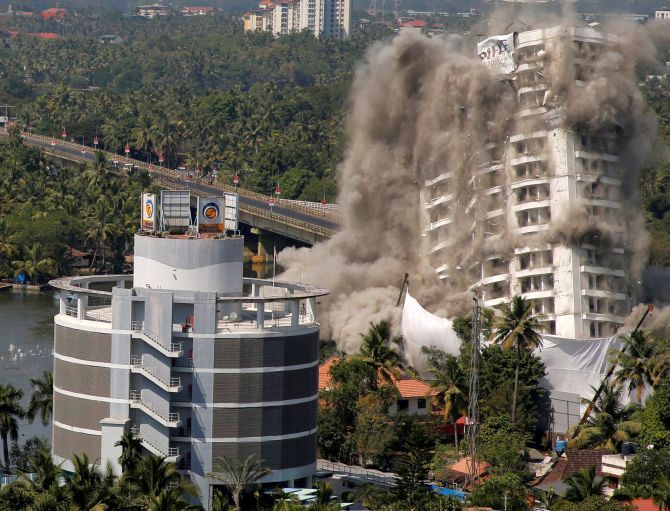 IMAGE: A high-rise residential building is demolished with controlled blasting which, according to authorities, was built in violation of the Coastal Regulation Zone norms, in Kochi. Photograph: Sivaram V/Reuters

The two high rises -- Holy Faith H2O and the twin towers of Alfa Serene Apartment -- were demolished using controlled implosion method at 11.18 am and 11.46 am respectively.

The two other apartments -- Jain Coral Cove and Golden Kayaloram -- will be brought down on Sunday, in compliance with the Supreme Court order.

Explosives fixed in the pillars on various floors of the two buildings tore through their steel frames, pulling down the structures and sending thick plumes of dust in the air.

When the dust settled several minutes later, all that remained of the high rises was huge pile of concrete, steel and dirt. 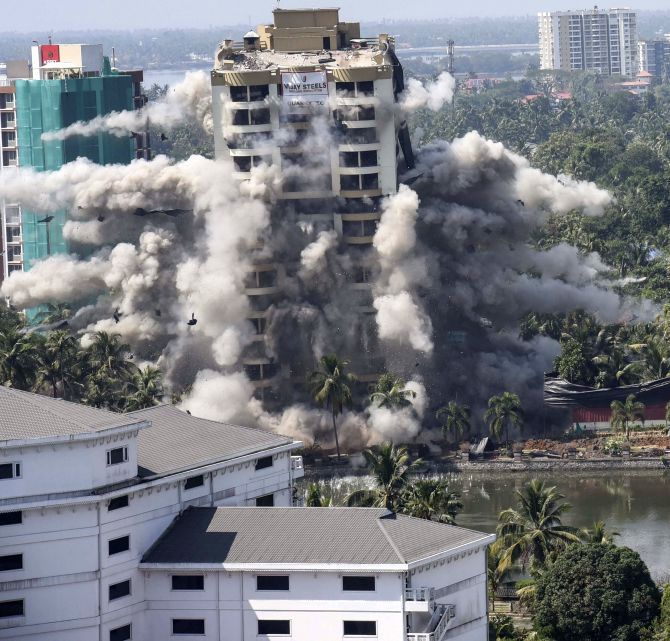 IMAGE: A view of the twin towers of Alfa Serene apartment being demolished using controlled implosion at Maradu in Kochi. Photograph: PTI Photo

Authorities expressed satisfaction over the drive on Saturday, saying the entire exercise of demolition was almost near perfect.

"No harm to any human life or animal life has taken place and no perceptible damage to any property has taken place," Kochi city police commissioner Vijay Sakhare said after visiting the sites along with Ernakulam District Collector S Suhas to take post demolition assessment.

The 60-metre high 19 storey "Holy Faith H2O was levelled in seconds in a spectacular implosion at 11.18 am.

"H2O.. it was perfectly done. Not a single debris fell in the water body," Suhas said.

However, some portion of the Alfa Serene twin towers, fell in the backwater.

"We had deliberately planned that some portion of the building (Alfa) should fall in the water. That was basically to protect the surrounding buildings. Adjacent buildings have been saved, protected completely," the district collector told reporters. 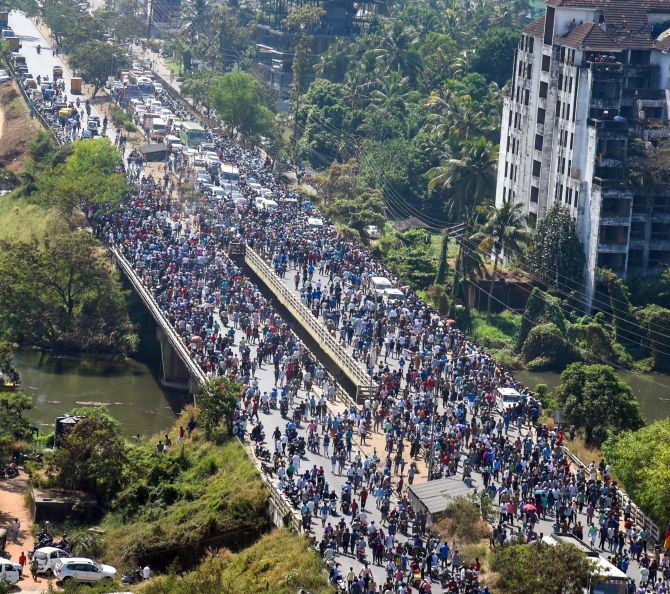 Residents, who were evacuated from the 200 metre radius of the structures, were allowed to visit their homes and assess if any damages have occurred to their buildings in the demolition.

Sakhare said the implosion was delayed by 15 minutes "because of the obvious reason" that Section 144 was not completely enforced in the area.

"On land and water it was complete, on air it was not enforced so we waited. Once it was cleared, we have done it", he said.

A total of 343 waterfront flats were built in the complexes, violating the Coastal Regulation Zone norms.

The Supreme Court had in September 2019 directed demolition of the apartment complexes within 138 days, a time line given by the Kerala government.

On May 8 last year, the apex court had directed that these buildings be removed within a month as they were constructed in a notified CRZ, which was part of the tidally-influenced water body in Kerala.

Though the residents staged protests for several days refusing to vacate, later they relented.

The court has ordered an interim compensation of Rs 25 lakh each to the owners of the flats. 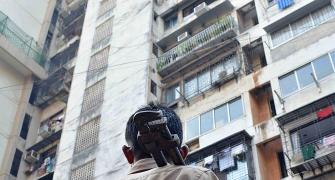 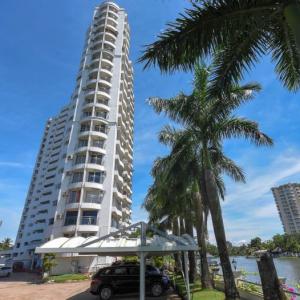 When your home is demolished for no fault of yours...