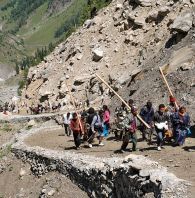 Tension gripped the north Kashmir Baltel base camp of the annual Amarnath yatra following clashes between security forces and locals on Thursday evening.

The clashes were triggered when a local taxi driver was beaten up by the paramilitary Central Reserve Police Force troopers at the base camp.

The driver was taken to hospital for treatment.

Police sources said the locals indulged in stone pelting at the security forces who responded by firing warning shots and resorting to baton charge.

The angry locals torched some CRPF tents and also pelted stones at vehicles damaging several of them.

Senior police officers have reached Baltel and more reinforcements have been rushed to restore calm.

The Amarnath yatra began on June 27 under tight security. 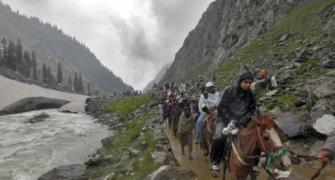 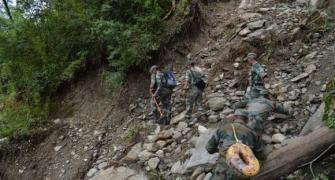 U'khand: Govt promoting tourism but not assessing its impact 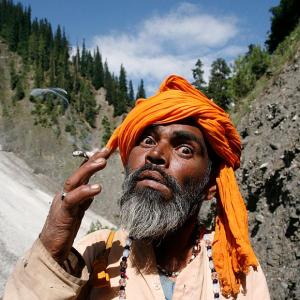 Over 66,000 pilgrims pay obeisance at Amarnath