The Supreme Court expressed reservations on Monday, in allowing the publication of electoral rolls with Muslim women in burqa or their names without their photographs.

"If we give privilege to one candidate, lakhs of other candidates will come. The problem is if an order is passed by this court, thousands of applications will come and it will cause problem," a Bench comprising Chief Justice K G Balakrishnan and justices Deepak Verma and B S Chauhan said.

The Bench adopted a cautious approach in the matter and asked the Election Commission and petitioner M Ajmal Khan to suggest a workable solution without touching the religious aspect.

"Don't take that issue," the Bench said when submissions on legal issues were sought to be made by incorporating the religious practices of Muslim women. The caution from the Bench came when advocate Meenakshi Arora, appearing for the Election Commission, said that the Madras High Court had made it clear that the claim of the petitioner was not integral part of her religion.

The Bench was hearing the petition which contended that publishing photographs of Muslim Gosha women was opposed to their religious beliefs. Senior advocate P S Narasimha, appearing for Khan, submitted that he was arguing on the limited aspect that some safeguard should be given to Muslim women as their religious belief did not permit the circulation of their photographs.

His submission came after Arora clarified that electoral rolls with photographs are not given to general public and even the soft copy of it does not contain photograph.

The Madras High Court had on September 7, 2006, dismissed a petition by Khan a few days prior to the Madurai Central by-election, holding that wearing of 'purdah' did not form part of Islam.

The Supreme Court had in 2006 issued notices to the Election Commission on a Special Leave Petition against the High Court judgement upholding the EC's decision to release electoral rolls with photographs of voters, including Muslim women. 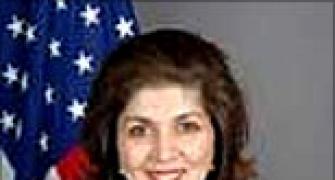