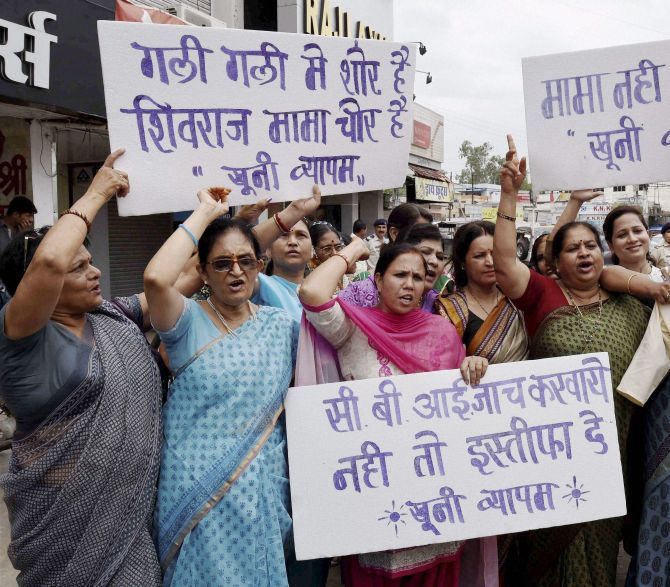 The Supreme Court ordered a Central Bureau of Investigation probe in the massive admission and recruitment scandal in Madhya Pradesh that will also encompass deaths of people related to it as more skeletons tumbled out of the Vyapam cupboard with yet another witness reported dead.

Admitting a clutch of petitions seeking a CBI probe into the scam, the court also issued notices to the Centre and Madhya Pradesh government on the plea for removal of Governor Ram Naresh Yadav, who was made an accused in one of the cases but got relief from the high court on the ground of immunity from prosecution he enjoys while in office.

A bench headed by Chief Justice H L Dattu asked the premier investigative agency to take over all Vyapam cases from the Special Task Force of the MP police by Monday and submit to it a report on July 24, when the court will take a call on monitoring the investigation, as sought by the petitioners.

The apex court's order transferring all Vyapam-related cases to the CBI came after the state government gave its consent to shifting investigation from the Special Investigation Team and the Special Task Force.

Before handing over the probe to the CBI, the apex court took on record the submission of Attorney General Mukul Rohatgi, who on behalf of the MP government said the state has no objection to transferring the investigation in Vyapam scam and deaths of people allegedly related to it.

"The Attorney General on instruction states that the MP government has no objection whatsoever for transferring the investigation of criminal cases relating to the Vyapam scam to the CBI and the cases related to deaths of those allegedly connected with the scam for free and fair probe.”

"We appreciate the stand of the AG. In view of the above we transfer investigation of all criminal cases relating to the Vyapam scam and death of people allegedly related to it, to the CBI," the bench, also comprising Justices Arun Mishra and Amitava Roy, said.

The court was hearing a clutch of petitions filed by Congress leader Digvijay Singh, whistle-blowers in the scam Ashish Kumar Chaturvedi and Prashant Pandey, besides AAP leader Kumar Vishwas and a group of lawyers.

Even as the apex court ordered a CBI probe, reports came in from Bhopal of a special court having been informed about the death of yet another witness in the scam.

The Special Task Force of the MP police, which hitherto investigated the scam, told the court that Sanjay Singh Yadav, aged around 35, died from illness at a private hospital in Bhopal on February 8. According to his family, he was suffering from Hepatitis-B.

The Congress had claimed on Wednesday that 49 people connected to the scam had lost their lives so far. The Supreme Court, while issuing notices relating to the governor that are returnable after four weeks, refrained from making any remarks on him when Kapil Sibal, appearing on behalf of Digvijay Singh demanded that Yadav demit office to maintain its dignity. "We are not going to say anything on it," it said.

Yadav's son Shailesh, an accused in the case who was alleged to have accepted bribe for rigging Vyapam examination to favour some candidates, was the most high-profile person linked to the scandal to have died mysteriously. His body was found at his father's Lucknow residence in March this year.

A beleaguered Chouhan, whose credibility has been severely dented following the scam, hailed the apex court's order, saying, "I welcome it wholeheartedly. There was a burden on my heart."

Speaking to journalists in Bhopal, Chouhan said he would request the CBI to begin investigation at the earliest "so the truth comes before the country, the people, and justice is done". He rejected Congress' demand for his resignation. "They ask for it (his resignation) five to six times a day.”

Reacting to the development Congress Vice President Rahul Gandhi took a dig at Prime Minister Narendra Modi, saying" I have just one question. Mr Prime Minister, what you say must carry weight.”

"You said 'na khaoonga, na khane doonga'. Why are you allowing corruption in Rajasthan? What are you doing to bring back Lalit Modi," he said.

Digvijay Singh welcomed the SC order in the Vyapam case, which he said was "bigger than the 2G scam", and demanded that students jailed in connection with it be released and made prosecution witnesses to expose the official-police-politician "nexus" behind the scandal.

After SC’s decision, BJP says it was always for CBI probe

Meanwhile, the Bharatiya Janata Party welcomed the Supreme Court decision for a CBI probe into Vyapam scam and deaths allegedly linked with the case, claiming it was always for it, and said Congress should now stop doing politics over the issue.

The ruling party hit back at Congress for its criticism of the state government over its “delay” in calling for a CBI probe, saying it amounted to commenting on the functioning of the state high court which had so far been monitoring the investigation into the scam.

“BJP wanted a CBI probe. BJP approached the court and the court has accepted it. We welcome it,” party spokesperson Nalin Kohli said.

The death of yet another witness in the Vyapam scam has come to light with the Special Task Force, which is probing the case, telling a special court he died of liver ailment in February.

The STF officials on Wednesday informed the court that the witness, identified as Sanjay Singh Yadav, aged around 35, died of serious illness on February 8 at a private hospital in Bhopal.

The STF also submitted his death certificate before the court.

According to Yadav’s family members, he was suffering from Hepatitis-B and some liver problem, a senior STF official said. Yadav was a witness in the constable recruitment scam in which three accused, identified as Azharuddin, Naeem and Kaseem, all residents of Uttar Pradesh, were arrested.

The arrests were made in Bhopal in front of Yadav as witness, the official said.

A number of accused and witnesses in the infamous Vyapam scam, related to admission in medical colleges and recruitment for various government jobs, have died mysteriously.

Vyapam probe 'trial by fire' for me: Chouhan

Calling the Vyapam scam probe his "trial by fire", Madhya Pradesh Chief Minister Shivraj Singh Chouhan said he was "grateful" to the Supreme Court for accepting his request and ordering a CBI probe and urged the agency to begin investigation at the earliest to bring out the truth.

Under relentless Congress attack for the large number of deaths of people allegedly linked with the scam in the state's professional recruitment examination and the delay in agreeing to a CBI probe, Chouhan said he wanted the examination system
to be fixed.

Chouhan said had he so wished, there would have not been a probe into the scam.

"I am grateful. Whatever I have heard of the Supreme Court order. It said 'we appreciate the stand taken by the Attorney General on behalf of the state government and accept the request (for a CBI probe)'. I am very thankful to the Apex court," he told reporters.

The Supreme Court has appreciated our prayer and accepted it, he noted.

Fending off allegations of his involvement, he said, "This probe has been a trial by fire for me. Had I wished, there would be no probe. But I wanted anomalies in the system to be detected and fixed. The whole truth should come out before the nation." 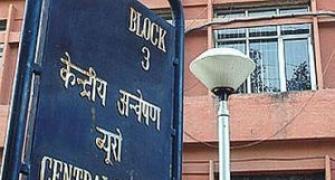 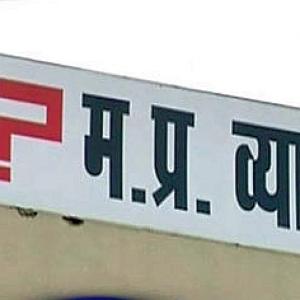 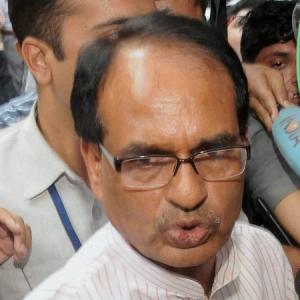