The Kerala government on Thursday assured the Supreme Court that it would provide Opposition Leader V S Achuthanandan a copy of the charge-sheet in the 1997 ice cream parlour sex scandal, involving the state's top politicians, judicial officers and others.

While recording the state government's submission, a bench of justices G S Singhvi and S J Mukhopadhyaya also issued a notice to it on Achuthanandan's appeal against the Kerala high court's order, refusing to give him a copy of the report submitted by a Special Investigating Team to the high court.

The charge-sheet in the case was filed recently in the trial court.

Kerala was rocked in 1997 by the alleged sex scandal, infamously known as 'ice cream parlour sex case' following  a complaint by a NGO that an ice cream parlour was being run as a brothel and a number of girls were being sexually exploited there.

The names of several politicians, judicial officers and other VIPs figured in the scam.

Appearing for Achuthanandan, senior counsel Shekhar Naphade sought the apex court's direction for a copy of the charge-sheet, saying after submission of the SIT's report to the high court, a charge-sheet has been filed in the trial court.

Former chief minister Achuthanandan has alleged in his petition that the present state government is not making any serious effort to bring the accused to book as several influential people, including its Minister for Industries and Information Technology P K Kunhalikutty, is said to be involved in the racket.

In his appeal, Achuthanandan stated that one K A Rauf, relative of Kunhalikutty, made a disclosure at a press conference on January 28, 2011 that the minister had influenced several key witnesses in the sex scandal to turn hostile for pecuniary benefits.

Murder and mayhem: What's going on in AP and Kerala? 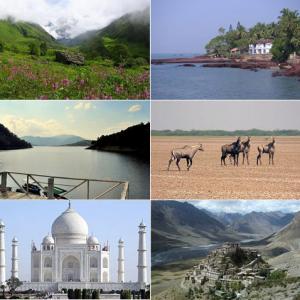