The Supreme Court on Monday dismissed a plea for a probe by the Central Bureau of Investigation into the alleged disproportionate assets owned by Andhra Pradesh's former chief minister N Chandrababu Naidu.

While acknowledging that the petitioner was a political rival of Naidu, presently the Leader of Opposition in the state's assembly, the apex court made it clear that it was not going into the merits of her allegations.

The state high court had earlier dismissed Vijayamma's plea, saying it was politically motivated as several similar petitions had been filed earlier against Naidu.

The high court earlier, in an interim order, had directed a CBI probe against Naidu, who subsequently approached the Supreme Court, arguing it was an ex-parte order passed without giving him a hearing.

The apex court on November 23 last year, while declining to interfere with the high court's order, had asked him to approach the high court to challenge the interim order.

The high court subsequently had set aside its order for the CBI probe against Naidu, upon which Vijayamma had filed the present SLP.

A three-judge bench of the apex court on November 23 last year had asked the high court to dispose of within 15 days Naidu's application, if filed, for modifying or vacating the November 14 interim order of the high court.

The apex court had passed the order after the counsel, arguing on behalf of Naidu and others, had criticised the high court order saying that no opportunity or notice was given to them and an ex-parte order was passed on Vijayamma's plea.

The counsel had submitted that the high court's direction was in "violation" of the apex court's earlier rulings that no such order can be passed without giving an opportunity to the other side to present its case.

The counsel for Vijayamma had defended the high court's order saying it was well within its powers to do so as Section 156(3) CrPC grants power to the magistrate to order registration of an FIR on the basis of a formal complaint.

Counsel for Naidu had contended that Vijayamma's plea was politically motivated and was a gross abuse of the process of the court. Naidu had challenged the high court's order, contending that its direction was erroneous, unsustainable and quite contrary to the principles of natural justice.

But the argument had failed to convince the apex court, which had asked Naidu and other petitioners to approach the high court. 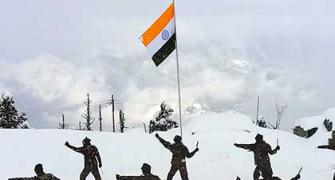