The Supreme Court on Wednesday directed all state governments to ensure dry ration is being provided to sex workers, identified by the National AIDS Control Organisation during COVID-19 pandemic, in an adequate amount and uniformly.

IMAGE: A sex worker receives the essential food and groceries packet from an NGO's volunteer during lockdown in Old Delhi. Photograph: ANI Photo

A bench headed by Justice L Nageswara Rao directed the state governments to get help from the National AIDS Control Organisation (NACO) and legal services authorities to identify sex workers and maintain confidentiality pertaining to the identity of sex workers.

States are directed to follow the standard operating procedure (SOP) by the NACO and commence distribution of dry ration to sex workers, the bench said.

The apex court also asked the governments to file a compliance report within four weeks.

"We also direct the state government to ensure that schemes for the distribution of ration are implemented.

"In case there are no schemes the Central government scheme can be adopted. Regarding confidentiality, states to maintain the format of NACO and not reveal the identity," the bench added.

The top court was hearing a batch of pleas which raised the problems being faced by sex workers on account of the COVID-19 pandemic.

During the hearing advocate Pukhrambam Ramesh Kumar, appearing for Manipur, contended that the state does not have any scheme for the relief of sex workers and has written to National Disaster Relief Fund so that some funds can be provided.

National Disaster Response Force (NDRF) submitted that the Ministry of Home Affairs (MHA) guidelines do not allow funds to be used for this purpose.

The bench asked the state to figure out the finances and write to the Centre for finances.

The bench then asked Additional Solicitor General RS Suri that Manipur said there is a shortage of funds to distribute dry ration.

During the hearing, senior advocate Jayant Bhushan, assisting the court as amicus curiae, in the case contends that Uttar Pradesh says 27,000 sex workers are registered under NACO and get ration under National Food Safety Act.

Advocate Garima Prashad, appearing for Uttar Pradesh government, said that most of them are already getting ration and government is also making efforts for targeted intervention and some more time needed to gauge the exact numbers.

The bench said, "Court had given State four weeks and still you have not been able to... This shows the capability of the State.

"Four weeks is enough to provide ration and one to live off it. Don't delay this and it should not be mere lip service."

Justice Rao, in the order, said the Uttar Pradesh is not clear about the implementation of the order passed by it on September 29 for the identification and of sex workers and providing dry ration.

We expect the State of Uttar Pradesh to comply with directions along with the district legal services authority, it added.

On the state of Maharashtra, Jayant Bhushan said Maharashtra government has submitted its affidavit and as per it, out of 36 districts, eight have submitted reports, 28 have initiated the process.

"In the 8 districts who have filed, then looking at Raigarh, one kilo of each item is given to per family. We do not know if that is sufficient. In Nashik, only sugar and dal has been given. So we don't know if a proper job is being done," Bhushan said while reading out the affidavit of Maharashtra government.

In it's order, the bench noted that the reports of eight district collectors is received from Maharashtra and there is no uniformity in distribution of dry ration.

"We direct the state to implement the other schemes of distribution to sex workers. State to file compliance affidavit in two weeks," the bench said.

"Deputy commissioners were asked to provide relief. We don't have any other details" Bhushan, assisting the court said, adding that State just says 32 lakhs was disbursed for the 11,000 sex workers, no schemes for such implementation has been cited.

The bench then asked Assam to maintain uniformity and ensure schemes existing are implemented for the sex workers.

For Nagaland, Bhushan said the State in it's affidavit says 5,315 sex workers were identified in Nagaland by NACO.

They say the workers already have ration cards etc. and process to define who are covered and who are not covered by the National Food Security Act (NFSA) is yet to be determined.

Advocate K Enatoli Sema, appearing for Nagaland, contended that there was difficulty in implementing the scheme as the process is online and issues remains with identification. NACO is also aware of practical difficulties.

To this, the Bench said Nagaland is not only the one state who faces this problem, you need to take help from DLSA and NGOs.

"You have to act faster. This is not our job, this is your work. All the problems arise in implementation but you haven't even started. Its four weeks now. In two weeks please file an affidavit for compliance," the Bench said.

Senior advocate Anand Grover, appearing for the petitioner, said NACO had given details of sex workers they mapped from all over. Some states are not taking data from NACO. No data provided as to how many registered by NACO and how many are being given ration, Grover added.

He added that SOP issued by NACO ensures confidentiality. He further said that major issues are NACO data has only the ones who are below 40 years old, there is no data for sex workers for those who are above 40.

"This is a major concern and needs to be looked at along with holding privacy," Grover said.

Earlier, the top court had directed all the state governments to provide dry ration to sex workers without insisting on any proof of identification. It had asked the states to file a compliance report within four weeks stating out the details of the number of sex workers who got dry ration.

The top court had said that it would later deal with the aspect of whether financial assistance could be provided to them during the period of COVID-19 pandemic.

The petition was filed by NGO Durbar Mahila Samanwaya Committee and one Budhadev Karmaskar, to highlight the destitution faced by sex workers due to COVID-19 and has sought relief measures for over nine lakh female and transgender sex workers across the country.

The top court had earlier taken note of problems faced by sex workers due to COVID-19 pandemic and directed the Centre and states to apprise it about modalities for distribution of monthly dry rations and cash transfer to them without insisting on proof of identity. 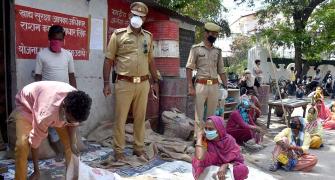 Why 100 million Indians are left out of food rations Give free ration to 8 cr migrants: Centre to states 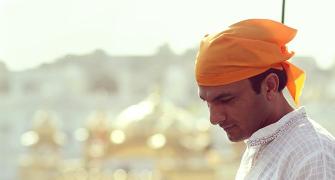