As the inquest into Indian dentist Savita Halappanavar's death entered its fifth day in an Irish courtroom on Friday, her stressed husband excused himself from attending the hearing.

"It's been a stressful week for him today and he's asked to be excused. We will explain that to the coroner. So he won't be here today. He'll be here again on Wednesday," his solicitor Gerard O'Donnell said at the Galway Courthouse.

Praveen Halappanavar has been a constant witness to testimonies from staff and doctors of University Hospital Galway, where his 17-week pregnant wife died following a miscarriage last October.

"While he's very composed at all times in the court, it is very, very stressful for him to hear all the details.

He's taking the view that he's looking for the truth," added O'Connell.

Halappanavar's senior counsel, Eugene Gleeson, told coroner Ciaran McLoughlin that his client was not showing the court any disrespect but was "overwrought".

Earlier, the coroner heard about a three-hour delay in transferring the blood samples of 31-year-old Savita to the laboratory for analysis had no impact on the course of her infection.

Irish media reports, however, highlighted that Dr McLoughlin described the delay as "another risk factor".

The samples showed that Savita was infected with an E Coli ESBL (extended spectrum beta lactamase), which is particularly difficult to treat with antibiotics.

Dr Keady said it was very uncommon for maternity patients to suffer ESBL infections and stressed that Savita was on the appropriate antibiotics and subsequent tests showed that they were effective in clearing all bacteria from her system.

The inquest also heard from ICU staff nurse Jacinta Gately as she gave evidence yesterday of having been with Savita throughout her final hours on the night of October 27 and the morning of October 28, 2012, when she was declared dead.

"Within minutes of commencing CPR (Cardiopulmonary resuscitation), I went out to find Mr Halappanavar to let him know what was happening, that his wife's heart had stopped and that we had started CPR," she recalled.

Savita's 34-year-old engineer husband has accepted an apology from another member of hospital staff, midwife Ann Maria Burke, who admitted making a comment about denying Savita a termination as Ireland was a "Catholic country".

Savita, originally from Karnataka, had reportedly asked for a termination of her un-viable foetus twice but was turned down as a result of Ireland's complex anti-abortion laws.

The ongoing inquest, which will resume next Wednesday, is being heard by a jury of six men and five women to record a cause of death.

Dr McLoughlin has already raised concerns about a number of aspects of the care given to the dentist, including staff failing to convey medical information to colleagues, delays in observing the patient's vital signs and failure to correctly read medical notes.

The final draft of an unpublished Health Service Executive report into his Savita's death had found there was an "overemphasis" on the foetus and an "underemphasis" on Savita's deteriorating health. 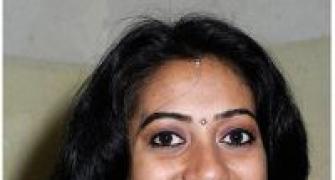 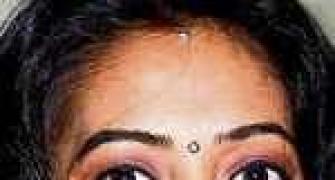