Mumbai Congress chief Sanjay Nirupam, who planned to lead a 'silent' march of party workers to the venue of Prime Minister Narendra Modi's public meeting in Mumbai on Saturday, claimed that he had been placed under "house arrest" by police which denied the charge. 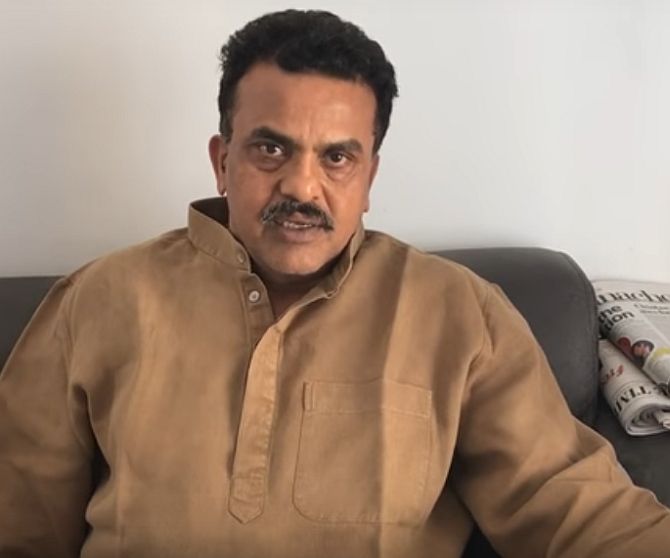 Mumbai Police said the personnel deployed outside Nirupam's residence were only part of the security arrangements made across the city in view of the PM's visit for launching some major projects.

"The area outside my house is under heavy police bandobast and I am being prevented from stepping out," Nirupam told the Press Trust of India.

"In the present democratic set up Opposition leaders are being virtually kept under house-arrest," he alleged.

Asked about Nirupam's allegation, Mumbai Police spokesperson, DCP Ashok Dudhe. said, "We have deployed policemen across the city especially on the route of PM's convoy to maintain law and order as well as to avoid any untoward incident during his visit."

Nirupam said the morcha was planned as a peaceful march to highlight some live issues.

"We have a lot of questions for the PM. He should answer graft allegations made by our Vice President Rahul Gandhi instead of mocking him. Modi should also answer when the people will get back their right to deposit and withdraw their own hard earned money from banks. It is more than a month. Since demonetisation citizens are still suffering due to cash crunch," he said.

AICC General Secretary in-charge of Maharashtra, Mohan Prakash accused the police of curbing the democratic rights of political rivals, which he alleged was being done at the behest of the government.

Condemning the "house arrest" of Nirupam, MPCC spokersperson Sachin Sawant said, "It is indeed, a black day for Indian democracy. This act confirms the fact that the BJP government has a sadist and fascist mindset, which denies the citizen's basic fundamental constitutional right to protest peacefully."

Meanwhile, former CM Prithviraj Chavan said it was wrong on part of the BJP led government in Maharashtra to 'detain' Nirupam.

"He was going to stage a protest against demonetisation in a peaceful manner. Such suppressive regime doesn't augur well for democracy," Chavan said.

Chavan, who performed a 'bhumipujan' of the Pune Metro a day ahead of the official one by PM Modi, said as per CRZ norms no construction is allowed in the sea.

"CRZ norms should have been changed before going ahead with the Shivaji memorial project," Chavan said.