Samajwadi Party MP, MLAs held in UP for threatening candidate

Samajwadi Party member of Parliament Shailendra Kumar, two members of Legislative Assembly including Raghuraj Pratap Singh alias Raja Bhaiya, and a member of Legislative Council were on Sunday arrested in Pratapgarh, Uttar Pradesh on charges of an attempt to murder after they allegedly threatened a candidate in local body elections, the police said.

"An FIR has been lodged naming 13 persons including the legislators and the MP on charges of kidnapping, dacoity, attempt to murder and vandalism. Of them, 11 have been arrested so far," said Superintendent of Police O P Sagar.

All the four along with their henchmen allegedly intercepted the vehicle of Manoj Shukla, who is contesting block head polls from Babuganj as ruling BSP nominee, and threatened him to withdraw his candidature late last night, they said. They also allegedly indulged in firing and tried to kill Shukla, the sources said.

The blockhead elections are scheduled on December 22. 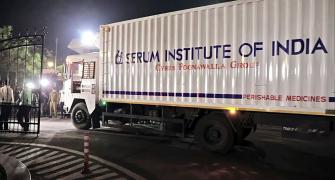