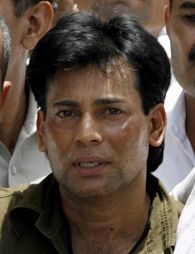 A day after gangster Abu Salem was shot at in Taloja jail, four security personnel were suspended on Friday pending a high-level probe even as his lawyer is planning to move Portuguese authorities for his repatriation. An attempt to murder case was also registered against his assailant Devendra Jagtap alias JD.

"Responsibility for the incident will be fixed and stringent action, including dismissal from service, will be taken against those found guilty," Patil said.

Jagtap had allegedly fired two rounds with a country-made revolver at Salem, an accused in the 1993 Mumbai serial blasts who was extradited from Portugal on November 11, 2005 after a prolonged legal battle. The police are, however, so far clueless about the motive behind the attack.

"Two rounds were fired with a gun that was smuggled into the jail some days before the attack," A K Sharma, Navi Mumbai police commissioner, told reporters.

Meanwhile, the jail authorities have suspended four security personnel including a jailor and three constables for dereliction of duty on the basis of a preliminary inquiry. "We have suspended an officer and three cops," said Borwankar, adding those who faced action were on duty at the gate and in the prison's high-security zone.

Those suspended are jailor Sanjay Sable and constables Chandrakant Pathare, Nitin Sawant and Gitesh Randhive. Borwankar admitted that security at the entrance of the jail had been breached.

"One of the conditions of extradition was that Abu Salem would be protected. This condition stands violated, as he has been attacked inside the jail. So, we plan to seek intervention of authorities in Portugal to have Salem repatriated," she told PTI.

Qureshi also said since Salem was being tried by a Terrorist and Disruptive Activities court in connection with the 1993 blasts and the murder of builder Pradeep Jain, she will inform the court about the "shocking" security breach in jail that led to the attack.

"I have met Salem and he said he was clueless about the attack," said Qureshi, adding she had repeatedly requested prison authorities to beef up his security since the 2010 attack on him by a Dawood Ibrahim aide Mustafa Dossa, also a 1993 blast accused, in Arthur Road Jail.

Salem, who was stabbed with a sharpened spoon by Dossa, was later shifted to Taloja Central Jail for security reasons. "This attack was waiting to happen," Qureshi said and claimed Salem had come to know of a possible attack on him about 20 days ago and had informed the superintendent of Taloja Jail.

Investigators said Jagtap, an accused in the murder of advocate Shahid Azmi, who represented 26/11 Mumbai attack accused Faheem Ansari, went to Salem's cell around 8.30 pm on Thursday evening and fired two rounds, one of which hit the gangster. The gun jammed in the third attempt.

Salem was operated upon at J J Hospital and sent back to jail early on Friday morning.

Replying to a question about whether some top underworld don at loggerheads with Salem could be behind the attack, Borwankar said it was difficult to say anything with certainty as Jagtap was frequently changing his statements. 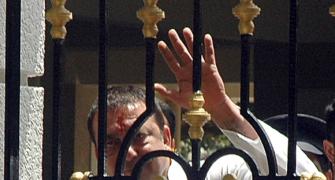 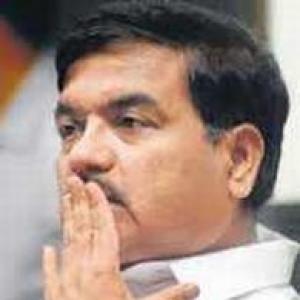