Speaking to mediapersons in Chennai, Jayalalithaa said that Maran should quit and face legal proceedings, even as she demanded the intervention of Prime Minister Dr Manmohan Singh in the issue.

"I am quite sure the prime minister would know what has to be done and I am sure he would do it. The PM should ask for Maran's resignation from the cabinet. I am sure the PM will do it, if he has not already done it," she said.

According to a report in the Tehelka magazine, Maran deliberately delayed licences when he was telecom minister in 2006 to benefit Aircel promoters Maxis, which in turn invested over Rs 600 crore in companies owned by the Maran family's Sun Group.

While the United Progressive Alliance government, in which the Dravida Munnetra Kazhagam is a constituent, has maintained a studied silence over the issue, the opposition Bharatiya Janata Party on Tuesday demanded clarification over the allegations.

"There are new scandals in the UPA government every day. A new scandal is on the verge of being exposed. The cupboard of corruption of the UPA is overflowing and more skeletons are dying to come out," BJP chief spokesperson Ravi Shankar Prasad said reacting to a media report in this regard.

The Congress has refused to comment on the allegations, but Maran had a lengthy meeting with Dr Singh on Monday night after the meeting of the cabinet committee on political affairs.

Maran has also slapped a legal notice on Tehelka weekly for carrying a story on the issue, which he said was "totally false, baseless and defamatory". 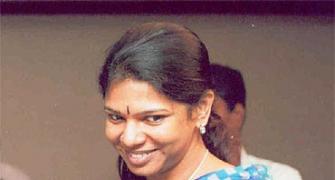 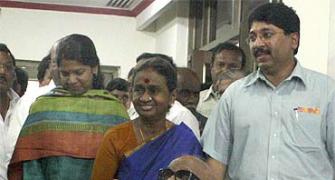 2G case: Why Kanimozhi, not Dayalu, was made accused
The legal road ahead for Kanimozhi 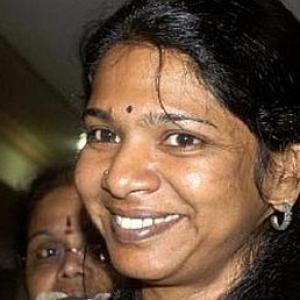