Chief Medical Officer Family Welfare Dr BP Singh was shot dead by some unidentified men in Gomti Nagar area on April 2 while he was on his morning walk.

Sachan also died under mysterious circumstances in jail, with the state government claiming it to be a suicide.

In the charge sheet, police said Singh threatened to file cases against Sachan if he was not given a share in the spoils. Sachan then contacted his close friend Ram Krishna Verma, who contacted Anand Prakash Tiwari and Vinod Sharma to eliminate Singh, it said.

During investigation, police recovered two pistols from the shooters and the shells found at the scene of crime matched during forensic examination. According to the charge sheet, mobile records and voice recording pointed to a close connection between Sachan and the shooters.

While Verma and Sharma have been charged with murder and criminal conspiracy, Tiwari has been booked under the Arms Act. 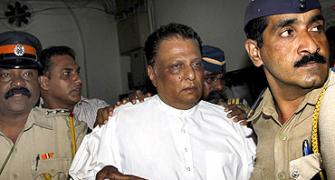 UP docs to resume protest against CMO's murder