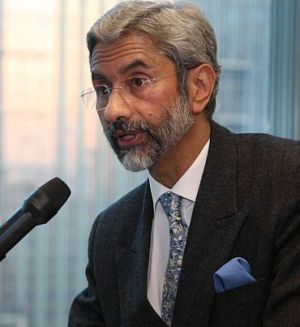 S Jaishankar, India's Ambassador to the United States, was on Wednesday night appointed as the Foreign Secretary, replacing Sujatha Singh, who has in effect been sacked.

A 1977-batch IFS officer, Jaishankar, who had only 2 days to go for his retirement, will take over in New Delhi on Thursday and will have a 2-year tenure as per the rules. Before being appointed as the top envoy to the US last year, Jaishankar was India's Ambassador to China.

The decision to appoint Jaishankar, who played a key role during Prime Minister Narendra Modi's visit to the US in September and US President Barack Obama's just concluded visit to New Delhi, was taken by the Appointments Committee of the Cabinet. The ACC is chaired by Modi.

A terse official statement issued late night said the tenure of Singh, who took over as the third woman Foreign Secretary in August, 2013, has been "curtailed" with immediate effect. She had 8 more months to serve.

Official sources indicated that Singh was not being given any other assignment by the government.

A new ambassador to the US is being shortly appointed, the sources said. P

Jaishankar, 60, son of late K Subrahmanyam, one of India's leading strategic analysts, was a key member of the Indian team which negotiated the landmark Indo-US nuclear deal.

Among other positions, Jaishankar has been India's High Commissioner to Singapore and Ambassador to the Czech Republic.

In the past, another Foreign Secretary A P Venkateswaran was sacked by the then Prime Minister Rajiv Gandhi, who made the sudden announcement at a press conference, leading to a huge controversy and a strong protest by the foreign service.