By Suman Sharma
September 08, 2011 13:36 IST
Just when the Russian MiG-35 fighter was being pronounced 'dead and finished', after its ouster from the Indian Air Force's around 12 billion dollar MMRCA (medium multi role combat aircraft) deal for 126 aircraft, there's a saviour in sight for the jet, as the Russian ministry of defence has included it in its procurement programme for the Russian Air Force.

More than 70 jets are being planned for the RAF.

During the biennial airshow, MAKS-2011 in Zhukovsky near Moscow, the director general of RAC-MiG (makers of the aircraft), Sergei Korotkov, said, "We respect the Indian decision on the MMRCA. But the MiG-35 was the most cost-efficient aircraft in this competition, but technical and commercial proposals were separate in the bid for this deal. We fulfilled all factors in the tender. Nevertheless, the aircraft has a bright future, as it has now been included in the Russian MoD's procurement programme."

According to Yuri Guskov, general designer, Phazotron-NIIR Corporation, one of the pioneering developers of the AESA (active electronically scanned array) radar for the MiG-35 aircraft, which was test-proven to the IAF, said at the airshow that there was no criticism of the Zhuk-AE AESA radar installed on the MiG-35 and that work on the radar did slow down a little after the shortlist came out, but has not stopped. Guskov further said the radar has a maintenance-friendly design, which allows dismantling and re-installation of the radar on the field.

Guskov also reiterated that it has been decided that the Russian defence ministry will order the MiG-35 to enter service in the Russian Air Force, which will be equipped with the Zhuk-AE radars, and the company has also offered the radar for the MiG-29 upgrade for the IAF without any airframe changes.

In the MMRCA shortlist which was announced on April 28 this year, the MiG-35 was said to have about 14 flaws in it, on account of which it was rejected despite being competitively priced and fulfilling most of the requirements in the tender, the most important of which being the radar. The flaws are said to be connected with the aircraft's engines.

Priced at approximately 40 million dollars a piece, this twin-engined aircraft, said to be a derivative of the MiG-29M fighter jet, was a huge hope for the RAC-MiG Corp for generating revenues, and the loss in the Indian tender could even effect its chances of probable sales in other nations.

Besides the fact that the corporation not only demonstrated an operable radar, but the aircraft also performed well above others in the field evaluation trials, the other factor in favour of the MiG-35 was that the IAF already operates the MiG-29s, which could save on the infrastructure and training costs if MiG-35 had won the contract. The European consortium EADS' Eurofighter Typhoon and the French Rafale made it to the shortlist, in which four out of six contenders were rejected.

One factor which could have gone against the MiG-35 in this deal is that the IAF's 62-odd MiG-29s coming up for upgradation to the UPG standard, will have features close to the MiG-35 or even better. Most notable among them being the Zhuk AESA radar, navigation system from Sagem, the helmet mounted display from Thales, the search and track infrared sensor from OLS-UEM, an Indian DARE EW suite and a new glass cockpit featuring colour MFDs (multi-function displays).

All is not lost for the MiG-35 Fulcrum, as other Asian and Latin American countries, besides the Russian Air Force, have expressed interest in it. 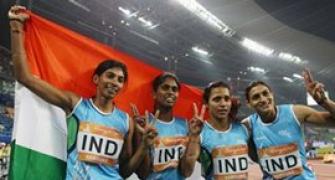 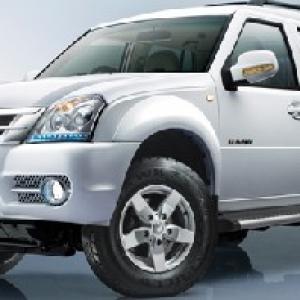 PHOTOS: Will Force One beat other SUVs in India? 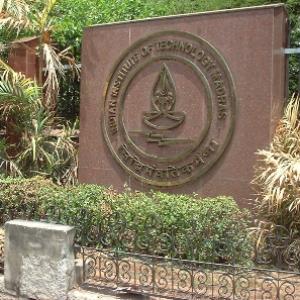