India's Civil Nuclear Liability Bill will not have an immediate adverse impact on Indo-Russian cooperation in atomic power generation, but Russian contractors would not like to see safety issues raise their project costs, a top expert has said.

Director for the Centre of Energy and Security Studies and Editor-in-Chief of the Nuclear Club magazine Anton Khlopkov said the legislation passed by the Indian Parliament "is raising concerns in Russia".

"It is currently being examined in order to understand what additional accountability the new regulations impose on Russian builders," he said, adding that Russian contractors would not like to see safety issues raise project costs.

Speaking during a Moscow-New Delhi video conference on Wednesday, Khlopkov expressed hope that it will not affect the future bilateral cooperation in civil nuclear energy.

"No significant shifts in India's nuclear programme have been made," said Dr Balachandran, a visiting fellow at India's Institute for Defence Studies and Analyses.

Besides the two 1000 MW VVER-1000 light water reactors in the final stages of construction at Kudankulam in Tamil Nadu, Russia is expected to build at least two more units there and four at Haripur in West Bengal under a bilateral nuclear cooperation agreement.

He agreed that the Fukushima experience indicates that nuclear safety issues will, in the foreseeable future, once again become one of the top priorities within the framework of nuclear energy development in general, and the future of Russia's international cooperation in particular.

"Safety could be improved further. The question is whether or not India is willing to pay for it," he observed.

He underscored that India is and will remain a major partner of Russia in civil nuclear cooperation.

"Every other nuclear power generating unit that Russia builds abroad will be located on the territory of India. At the same time, our country will be forced to compete with other serious players: South Korea, France and especially the United States," he observed.

The Nuclear Liability Bill aims to provide a civil liability for nuclear damage and prompt compensation for the victims of a nuclear incident. 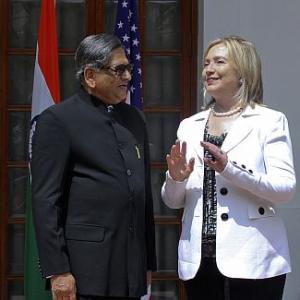