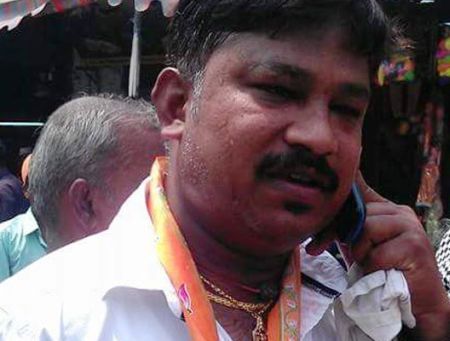 Bharatiya Janata Party and Rashtriya Swayamsevak Sangh workers on Monday staged a protest here against the gruesome murder of a local RSS functionary and demanded a fair probe into the case and immediate arrest of the culprits.

Rudresh, a 35-year old RSS worker, was hacked to death by two motorcycle-borne men who struck him with machete on Kamaraja Road in Bengaluru on Sunday, when he was returning home on a bike after attending an RSS event.

The RSS has called for a bandh in Shivajinagar area, where the murder took place following which prohibitory orders have been clamped in four police station limits of the eastern zone of the city Commissionerate limits till midnight.

Police said elaborate security arrangements had been made all over the city as a precautionary measure, adding that central forces have also been deployed.

BJP and RSS workers led by former Deputy Chief Minister R Ashoka and Members of Parliament Shobha Karandlaje and P C Mohan and others, marched from Shivajinagar towards Police Commissioner's office, but were stopped midway.

Linking Rudresh's murder to killing of BJP and RSS functionaries in different part of the country, Karandlaje said "there is a feeling that these killings are part of a planned conspiracy."

Ashoka said the culprits should be nabbed first before they fled out of the city or state.

Home Minister G Parameshwara said, "Four to five teams have been formed to investigate. Police will do their job. A few persons have already been taken into the custody, inquiry is on."

He said "Rudres happens to be an RSS worker, other than that, we are not aware of anything about him. We will get to know the exact reasons for his killing only after the investigation."

Assuring BJP and RSS workers that police will conduct a fair investigation into the case, city Police Commissioner N S Megharikh said, "We will nab the culprits soon."

Image: Rudresh, 35, was a resident of Bengaluru and worked as a construction contractor 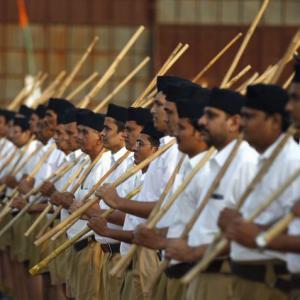