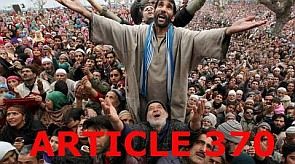 The Rashtriya Swayamsevak Sangh has launched an ambitious plan to reach out to at least 10,000 key opinion makers -- jurists, bureaucrats, etc -- in the next two years to dispel "misinformation" related to Article 370 of the Constitution.

The Article gives Jammu and Kashmir a special status.

The state has its own set of laws related to citizenship and ownership of property. As is the case with several areas in the Northeast and Himachal Pradesh, outsiders cannot purchase property in the state.

The RSS push for more debate on the issue comes months before assembly elections in the state.

The Sangh is keen on leveraging the positive public opinion which, it believes, the Prime Minister Narendra Modi-led government has generated by efficient rescue operations in the flood-hit Kashmir valley in recent days.

As part of a two-pronged strategy, the RSS plans to question the legality of the Article, as well as convince the populace of the state the Article has done them, particularly disempowered sections such as tribals and women, harm.

On Wednesday, Kumar unveiled a study in this regard, Impact Analysis of Article 370.

The study, published in Hindi and English, has been conducted under the auspices of the Madhya Pradesh government-funded Makhanlal Chaturvedi National University of Journalism and Communication. RSS-affiliated think-tank, Jammu & Kashmir Study Centre assisted in the study.

has lost much in terms of central grants for legislation such as Right to Education, as well as in the case of benefits to women and tribal and backward populations.

The RSS study says, "Undoubtedly, Article 370 has a huge negative and depressing impact on women in J&K."

Citing Chief Minister Omar Abdullah's family, it said former chief minister Farooq Abdullah had married an outsider, a citizen of the UK, who became a permanent citizen, as did their children Omar Abdullah and Sara.

But while Omar married an outsider and their children became permanent residents of the state, the children of Sara and her husband and Congress leader Sachin Pilot couldn't become citizens of J&K.

"So, a UK citizen, who is Sara's mother, can become a permanent resident, but Sara's kids, who are Indians, cannot be citizens of the heaven on this planet," it said.

Article 370 had also hindered granting of political reservation for the state's 11 per cent Scheduled Tribes, it added.

The RSS's agenda goes beyond questioning the usefulness of Article 370. Kumar said much of the debate on the subject had wrongly focused on how repeal of the Article could endanger the state's ties with India.

He added that his engagement with opinion makers through the next two years would be a step towards removing this "misconception".

He says the Centre shouldn't engage with separatists such as SAS Geelani, Mirwiaz Umer Farooq and Yasin Malik.

The RSS expects the Modi-led government to deliver on its promise to review Article 370.

"There are many in this government who agree with us on repealing Article 370. We expect them to contribute to our objective," Kumar said.
Archis Mohan
Source: 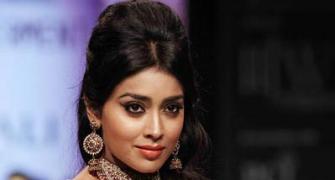 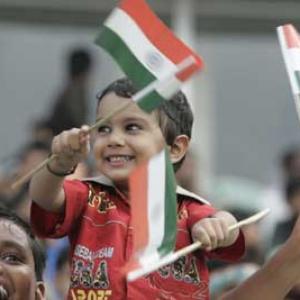 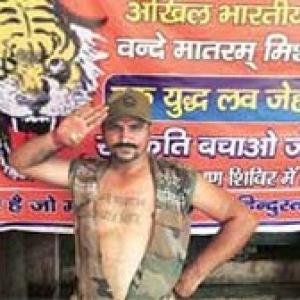