Rajya Sabha was adjourned sine die on Wednesday evening, two days ahead of the scheduled end of the Monsoon session, after the passage of four bills including on the OBC list and state-run insurance companies. 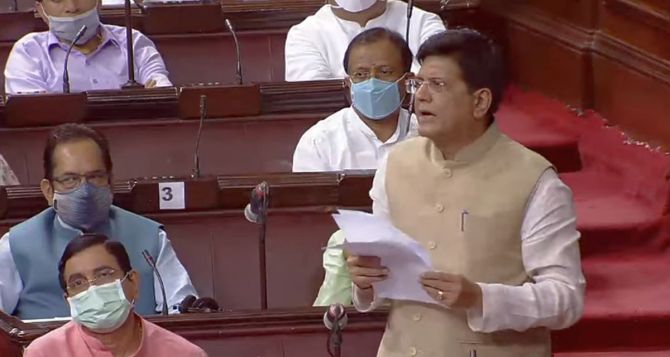 IMAGE: 'We demand that a special committee be set up to look into the incidents of gross indiscipline by Opposition members and strict action be taken,' said leader of the House in Rajya Sabha, Piyush Goyal Photograph: ANI/Twitter.

Union Minister and Leader of the House Piyush Goyal, while thanking the members who participated in the debate and helped in the passage of various bills, demanded strict action against the opposition MPs who created ruckus in the Upper House.

He demanded that a high-level committee be formed to look into the behaviour of members who hurt the security staff and tarnished the reputation of the august house.

Opposition members continued their protests over the Pegasus snooping row, farm laws and other issues that have marred the proceedings since the beginning of the session on July 19, and later walked out of the House.

"I feel strict action should be taken against the condemnable acts of some erring members… the dignity of this august house has been lowered as security staff was attacked. Such behaviour will not be tolerated and we condemn it," Goyal said.

"We feel that a special committee should be constituted by the chairman to look into all aspects, go deeply into all incidents of violence and take stern steps to avoid such actions in future, so that this house and country is not disrespected in future," the leader of the house said.

He said no simple punishment can suffice, as exemplary action should be taken against them to deter members from indulging in such violent acts in the future.

Goyal also thanked the members for enabling the passage of 21 bills during this session.

On Tuesday, some TMC, Congress, AAP and Left MPs climbed on the House Table which is placed right below the presiding officers' chair and shouted slogans, forcing multiple adjournments. A Congress MP also threw a file towards the Chair.

Goyal said that after witnessing the scenes of violent actions by opposition members in this House on Tuesday, the country would give a reply to such parties in the coming times.

"The 254th session of the Rajya Sabha which commences on July 19 has now come to a close," deputy chairman Harivansh announced.

"The house is adjourned sine die," he said.

All four bills were already approved by Lok Sabha. 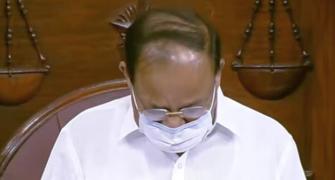 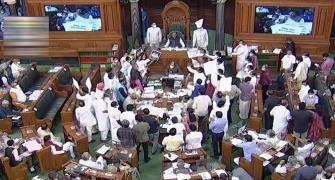 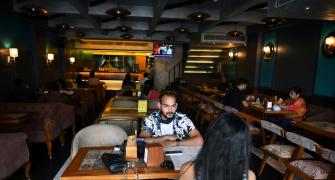 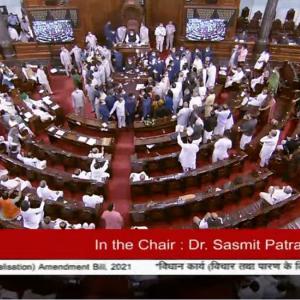 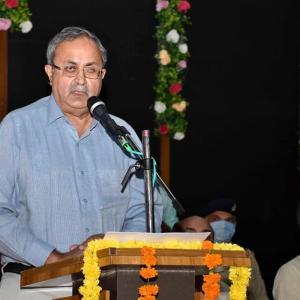