With the violence against Rohingya Muslims in Myanmar continuing to rage, forcing the victims to flee, more displaced families from the country have reached Hyderabad taking the number of such migrants to more than 300.

The Confederation of Voluntary Associations, an implementation partner of United Nations Human Rights Council in Hyderabad said that about 75 more such displaced Muslims from Myanmar have reached during last few days.

"They are continuing to come to the city and various local organisations have come forward to help them with food and clothing," said Mazhar Hussain, the director of COVA.

"At present they have the status of illegal migrants, and we are trying to get them the status of refugees from the UNHRC, but it might take a year or so."

Though the Hyderabad city police have their details and is keeping a tab on them, they have so far not taken any action against them keeping in view their current situation. "The police has been very cooperative", said Mazhar Hussain.

Deputy Commissioner of police, South Zone, Akun Sabharwa, said that he had visited all the places where these people were staying.

"These people are staying with the Burmese families who had come to the city in the past and have the refugee status," he said. These victims, now staying in dargahs in Balapur and Bahadurpura areas of old city of Hyderabad, have come with horrendous stories of massacre and other atrocities by the Buddhist majority of Myanmar backed by the security forces.

The asylum seekers, who entered India at the international border in West Bengal illegally chose Hyderabad as their destination as some refugees from Myanmar have already been staying in the city for the last two-three years.

As the large-scale ethnic cleansing in Myanmar has touched the raw nerve among the Muslims in India, especially in Hyderabad, these uprooted people have found instant sympathy among the local people.

Several Muslim organisations including the politically powerful Majlis-e-Ittehadul Muslimeen and Safa Baitula Maal and various other groups have distributed immediate relief as well as cash among the immigrants. 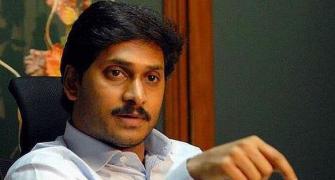 INSIDE STORY: Why Jagan will back Pranab for Prez 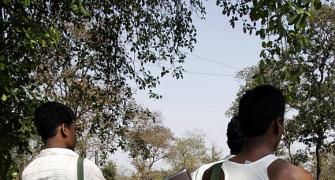 What the govt and Maoists should do to save lives
Owaisi meets Jagan in jail, urges him to back Pranab