An alien parasite lands on earth and clings to Peter Parker's scooter in Spider-Man 3.

A new report paints a somewhat similar scenario -- minus the Hollywood exaggerations, of course -- for bacteria in old rockets.

A report on Space.com says four rockets that powered Voyager 1, Voyager 2, Pioneer 10 and NASA's New Horizons spacecraft are carrying earthy bacteria to the great beyond.

And these bacteria -- the result of human handling of the rockets -- are a trifle more hurdy than your average Homo Sapiens. They can survive for hundreds of thousands of years, clinging onto the rockets, which, according to Space.com, are racing out of the solar system at speeds of between 7 and 11 miles per second.

And if the rockets  or rather, what's left of them  happen to crash into a planet with life-conducive conditions, they could, in theory, bring life to the planets.

The possibility of that, according to scientists, is 'vanishingly small.' But in theory, it could happen if the bacteria manage to survive the journey and the impact.

Rest assured they will not cling to any scooters, though. 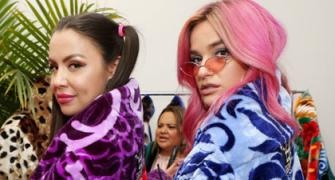