Capturing the entire gamut of idiosyncrasies of Indian politicians in an innocuous newspaper box with his cartoons, R K Laxman immortalised the passive, hapless common man with an uncanny perception and sarcasm in a daily commentary on his life that brought smiles to millions.

Every morning for over five decades, his fans waited for the Common Man who, with his signature checked jacket, dhoti, Gandhi-glasses and twin tufts of gravity-defying hair, watched life and politics in India.

With his masterful strokes using the space of couple of inches, he exposed the hypocrisy in politics, leaving many a politician red-faced.

The iconic cartoonist died in Pune on Monday after a prolonged illness at the age of 94.

The son of a school teacher -- Rasipuram Krishnaswamy Laxman -- who rose to become India’s best known political cartoonist, was born in Mysore on October 24, 1921. He was one of the seven siblings that included his elder brother eminent novelist RK Narayan.

With a penchant for drawing since his school days, Laxman was engrossed by the illustrations in magazines such as Punch, Tit-Bits, Strand and Bystander and came under an early influence of world renowned British cartoonist Sir David Low.

A creative genius, Laxman was known to have started doodling even before he could read, using floors, walls and doors of his house.

His artistic bent of mind was appreciated by a school teacher who noticed a drawing by him on a peepal leaf.

In his autobiography The Tunnel of Time, the legendary cartoonist recalls, “I drew objects that caught my eye outside the widow of my room -- the dry twigs, leaves and lizard like creatures crawling about, the servant chopping firewood and of course, the number of crows in various postures on the rooftops of the buildings opposite?”

The crow was also a common figure in his cartoons later on.

Overcoming the setback of the death of his father, the young Laxman completed high school education and sought admission to Mumbai’s J J School of Arts.

Ironically his application was rejected by the dean who remarked that his drawings “lacked the kind of talent required to qualify for enrolment in our institution as a student”.

Laxman subsequently graduated with a Bachelor of Arts from University of Mysore even as he continued with freelancing and contributed cartoons to Blitz, Swarajya and an animated film based on the mythological character of Narada.

While at the Maharaja’s College of Mysore, Laxman started illustrating R K Narayan’s short stories in The Hindu and also drawing political cartoons for local newspapers and a Kannada magazine devoted to humour titled Koravanji founded in 1942 by Dr M.Shivaram who encouraged the budding cartoonist.

When he took up his first full time job as a political cartoonist at Mumbai’s Free Press Journal, Laxman incidentally found himself in the company of Bal Thackeray who too worked in the same paper as a cartoonist for a brief period.

But his legendary spell on the Indian newspaper reader was cast after joining the Times Of India.

The comic strip You said it started in 1951, unleashing his iconic ‘common man’, a silent witness to the shenanigans of politicians who were supposed to realise his dreams, hopes and aspirations but betrayed him on most occasions.

His association with TOI continued through the six decades even as he got back to work after recovering from a paralytic stroke in 2003 that incapacitated his left side.

A versatile artist, Laxman also wrote novels -- HotelRiviera and the Messenger--- published by Penguin and contributed distinctive illustrations to many works including the Malgudi Days stories penned by his brother RK Narayan.

His autobiography in English The Tunnel of Time is translated into Marathi under title Laxmanrekha. In a fitting tribute to the ‘Common Man’ who attained a cult status, a commemorative postal stamp was issued featuring it in 1988 on the occasion of the 150th anniversary of TOI.

Laxman, married to author Kamala, later settled down at his Pune residence from where he continued his work. A 16 ft bronze statue of the ‘Common Man’, sculpted by Vivek Khatavkar, was unveiled in the premises of the Symbiosis Institute here on December 19, 2001 in the presence of its creator.

The statue stands as a city landmark and an eternal tribute to a cartoonist who regaled a nation with his penetrating insight into the political system, exposing the feet of clay of those run it.

Laxman often said that politicians may have been bad for the country, but they’ve been very good for his profession!

Lauding his work, a magazine said, “If Laxman has any affiliation, it was with his anti-hero protagonist who looks a little bit like all of us.”

In his autobiography, Laxman confessed to an unusual personal quirk — he never kept a diary, referred to a calendar, or wore a watch.

In 1985, Laxman became the first Indian cartoonist to exhibit in London, where he also had the opportunity to meet the idols of his childhood, David Low and Illingworth.

Describing the beloved Common Man, Laxman had said in an interview: “My common man is omnipresent. His simple dhoti and checked coat could be anybody’s. His bald head could belong anywhere... his dhoti could be the Malayali mundu too. He’s been silent all these 50 years. He simply listens.”

Source: PTI© Copyright 2021 PTI. All rights reserved. Republication or redistribution of PTI content, including by framing or similar means, is expressly prohibited without the prior written consent.
Related News: Rasipuram Krishnaswamy Laxman, University of Mysore, The Tunnel of Time, David Low, India
SHARE THIS STORY
Print this article 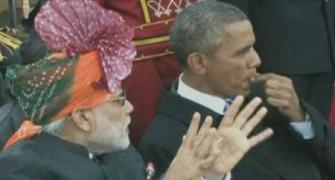 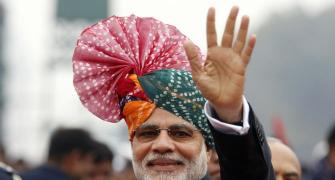 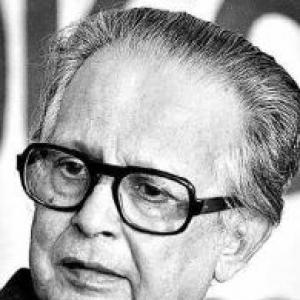 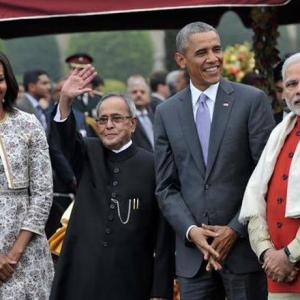 For Obama, it was another day of bromance with Modi