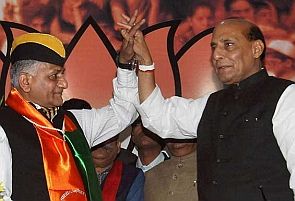 National Democratic Alliance ministry's list of assets is fairly wide -- from land and property to vehicles and, for quite a few, guns. Nivedita Mookerji reports

Quite a few ministers in the Narendra Modi government possess guns and rifles, shows their assets declaration, posted on the website of the Prime Minister’s Office.

As for other assets, petrol pumps figure in the list of many ministers’ declarations. For instance, Consumer Affairs and Food Minister Ram Vilas Paswan’s wife, Reena Paswan, has a petrol pump in Delhi’s Vasant Kunj area but its value has not been given. Gehlot has declared a petrol pump acquired in 1999 for Rs 20 lakh; its current value is estimated at Rs 1.46 crore.

Women and Child Affairs Minister Maneka Gandhi is among the ministers with many commercial properties across the most expensive locations in the capital, such as Khan Market and Vasant Vihar, as well as in Gurgaon, valued at Rs 6.95 crore. Her Jor Bagh residence is priced at Rs 18 crore, by current market value.

The list of vehicle and household goods has an interesting mix. Jaitley's tops the list of fancy cars such as Mercedes, BMW, Porsche, Toyota Fortuner and Honda Accord. The more adventurous and perhaps humbler mobike also finds a mention.

Many have declared trucks and jeeps as their possessions. Gehlot has a tanker lorry. 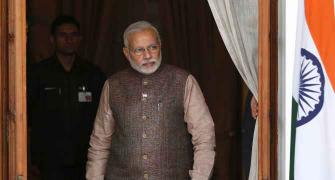 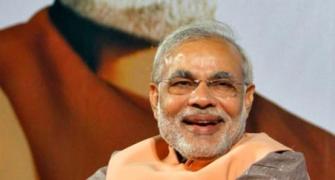 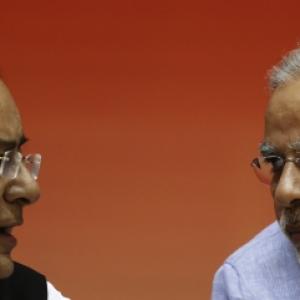