Rahul Gandhi deliberately kept himself in the background, because he knew he is yet to achieve the stature to talk to a politician as senior as Deve Gowda.
Aditi Phadnis reports. 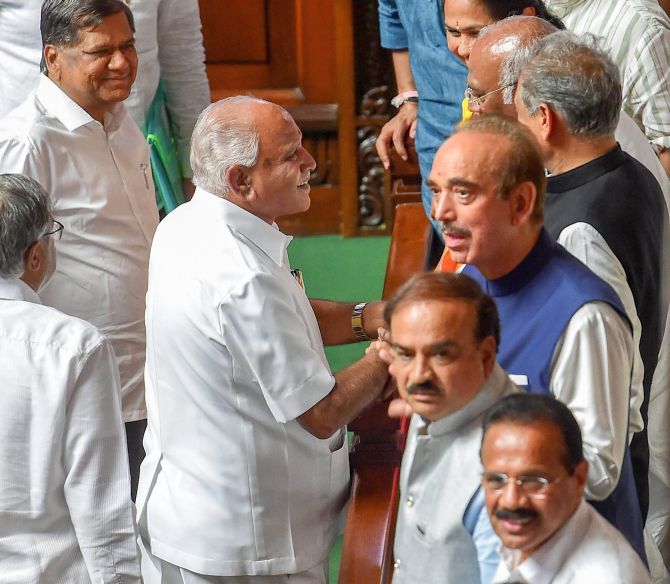 That Sonia Gandhi made a formal call to H D Deve Gowda offering unconditional support to the Janata Dal-Secular and the chief ministership to H D Kumaraswamy is now well known.

But few know that enormous preparation went into that offer.

Priyanka Gandhi was involved in the backroom preparations throughout.

While Congress leader Ahmad Patel was involved in some part of the backroom negotiation, it was party General Secretary Ghulam Nabi Azad who made the first contact with Danish Ali, H D Deve Gowda's right hand man, after the voting in Karnataka was over.

Rahul Gandhi deliberately kept himself in the background, because he knew he is yet to achieve the stature to talk to a politician as senior as Deve Gowda.

The advice he gave to his colleagues was "talk less, work more". So from the Congress president, there were no public statements, no press conferences, no public reactions after the results came out.

Conscious that the Bharatiya Janata Party was also in touch with the JD-S top leadership, the Congress encouraged leaders of other parties -- Mamata Banerjee of the Trinamool Congress, Sitaram Yechury of the Communist Party of India-Marxist, Tejaswi Yadav of the Rashtriya Janata Dal and N Chandrababu Naidu of the Telugu Desam Party -- to make independent contacts in the JD-S at all levels.

The important thing was to persuade Deve Gowda and convince him that the JD-S could play a role in influencing India's history by aligning with the Congress.

"The money offered by the BJP to the JD-S" was huge," said a top Congress leader.

The campaign had to be managed at a number of levels: Convincing the JD-S top leadership of the wisdom and the historical role of the JD-S; making sure the middle level MLAs were kept intact; and reassuring Kumaraswamy that support to him would be unconditional and without strings.

Once the calls to Deve Gowda were made, the stable had to be secured; and the legal front strengthened.

Here, there were two men of the match: Abhishek Manu Singhvi who got the Supreme Court to sit for an unprecedented midnight session; and D K Shivakumar, who is rapidly getting the nom de plume of the man of last resorts because of his involvement in preventing haemorrhage of MLAs in tricky situations.

This is the third time Shivakumar's talent at securing MLAs in resorts has been tapped. He was the one responsible for sequestering MLAs in Bengaluru during the confidence vote of the Vilasrao Deshmukh government in Maharashtra in 2002; when Ahmad Patel's Rajya Sabha election in Gujarat was on; and again this time. 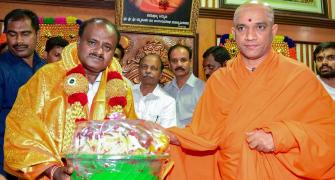 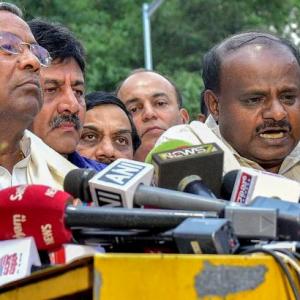