A week after the killing of a 13-year old boy in an Army premises in Chennai, the Tamil Nadu Crime Branch-Criminal Investigation Department has cracked the case with the arrest of a retired Army officer, who confessed to his involvement in the incident.

The special team of the Crime Branch of CID police arrested the 58-year old Lieutenant Colonel (Retired) Kandaswamy Ramraj and recovered the 0.3 mm rifle used to fire at Dilshan, who was hit by the bullet when he trespassed into the army residential quarters to pluck almond fruits last Sunday.

Briefing reporters on the breakthrough, CB-CID Additional Director General of Police R Sekar said Ramraj, who retired in April and was serving an extension, "has come out with the confession".

Ramraj told the police that he shot at Dilshan after getting annoyed over the boys from a nearby locality frequenting the campus to pluck almond.

The weapon was recovered from Cooum River near the Napier Bridge in Chennai, he said. Sekar said the probe zeroed in on Ramraj after questioning several people, including Army personnel, with the "full cooperation" of the Army after collecting all evidence.

Ramraj, a native of Madurai, had been charged with Section 302 of the IPC (relating to murder) and would be produced before a local court.

Dilshan, residing in the Indira Gandhi Nagar locality adjacent to the army quarters in the Island Grounds locality, fell victim to a mysterious bullet when he tried to pluck almond fruit from the army residential area.

The victim's family had alleged that he had been shot by an Army personnel.

The post-mortem report had earlier established that a bullet injury had killed Dilshan when he scaled the Army campus. An Army officer in the rank of lieutenant colonel and some others were questioned in the past few days in connection with incident. 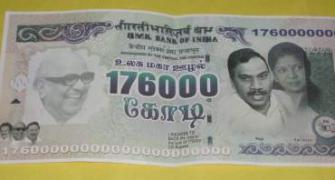 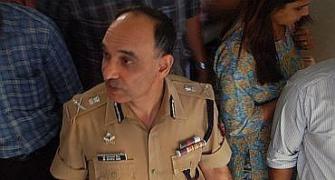