News
Business
Movies
Sports
Cricket
Get Ahead
Money Tips
Shopping
Sign in  |  Create a Rediffmail account
Rediff.com  » News » Removal of AFSPA not an effort to undermine the Army: Omar

Removal of AFSPA not an effort to undermine the Army: Omar

Jammu and Kashmir Chief Minister Omar Abdullah on Wednesday said withdrawal of the Armed Forces Special Power Act (AFSPA) from certain areas of the state was in no way an effort to undermine the role of the Army.

"The army is essentially playing a major role in anti-militancy operations in Jammu and Kashmir", Omar said in a statement.

"Even the process of removal of AFSPA from certain areas of Jammu and Kashmir is being done in close consultation with the Army and other central paramilitary forces and their inputs and security concerns will be evaluated and considered while removing the footprint of AFSPA from certain parts of the state," he said.

The chief minister said an attempt is being made to create an impression that the state government and the Army are working on divergent paths, which is not correct.

Omar said the state had a peaceful summer for which the credit first goes to the people of the state and then the state administration, police, central para-military forces and the Army who worked jointly to ensure that all steps are taken in coordination with each other to ensure peace in the state.

The chief minister said a statement from his senior party colleague, which has been clarified as "mis-reported and mis-represented", has nothing to do with the state government's opinion as well as relationship with the Army.

After multiple attacks in Kashmir Valley, ruling National Conference(NC) leader Mustafa Kamal had on Tuesday night  created a controversy alleging the Army may have had a hand but later sought to defuse the row saying he has not accused any security  agency of involvement.

He expressed the hope that the people of the state will understand the security concerns of the different arms of the government and cooperate with the government to ensure that the removal of AFSPA becomes a permanent feature and not allow a situation to arise in the state where such laws have either to be retained or re-imposed.
Source: PTI© Copyright 2022 PTI. All rights reserved. Republication or redistribution of PTI content, including by framing or similar means, is expressly prohibited without the prior written consent.
Related News: AFSPA, Army, Omar Abdullah, Kashmir Valley, National Conference
Print this article 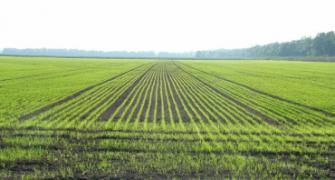 World's top 20 RICE producing nations
AFSPA may soon be withdrawn from some areas in J&K: Omar
Should AFSPA, DDA be revoked in J&K and how?

AFSPA will be revoked from some areas in Kashmir: Omar