According to the trafficking protocol by the United Nations, human trafficking is defined as the recruitment, transportation, transfer, harbouring or receipt of persons, by means of threat or use of force or other forms of coercion, of abduction, of fraud, of deception, of the abuse of power or of a position of vulnerability or of the giving or receiving of payments or benefits to achieve the consent of a person having control over another person, for the purpose of exploitation.

Exploitation shall include, at a minimum, the exploitation of the prostitution of others or other forms of sexual exploitation, forced labour or services, slavery or practices similar to slavery, servitude or the removal, manipulation or implantation of organs.

Human trafficking is a crime against the person because of the violation of the victim's right to movement through coercion and because of their commercial exploitation.

In 2014 the International Labour Organization estimated $150 billion in annual profit is generated from forced labour alone.

The map above shows the state wise number of human trafficking cases reported in 2016.

Here the size of the circle represents the mid-year population of 2016.

The states where the cases reported high are West Bengal, Rajasthan, Gujarat, Maharashtra and Tamil Nadu.

The states where the cases reported low are Andaman and Nicobar Islands, Chandigarh, Sikkim, Arunachal Pradesh and Mizoram.

When there is multiple purpose for trafficking the people are also getting rescued. The below charts shows the percentage of people trafficked and rescued in 2016 in India.

The above chart shows that the females of age below 18 years or above 18 years are trafficked more than males irrespective of their age. But males at the age less than 18 are more vulnerable towards human trafficking compared to the males above 18 years.

The females below age 18 years were majorly rescued from sexual exploitation in the states of Gujarat, Madhya Pradesh, Mizoram and Sikkim.

So the major reason for trafficking females is for sexual exploitation and in males is for forced labour irrespective of their age.

In India, the trafficking in persons for commercial sexual exploitation, forced labour, forced marriages and domestic servitude is considered an organized crime.

Additionally, a Regional Task Force implements the SAARC Convention on the prevention of Trafficking in Women and Children.

The official statement explained that the objective of the on-line resource is for the "sharing of information across all stakeholders, States/UTs[Union Territories] and civil society organizations for effective implementation of Anti Human Trafficking measures."

The key aims of the portal are:

Aid in the tracking of cases with inter-state ramifications.

Provide connection to "Track child", the National Portal on Missing Children that is operational in many states.

Also on 20 February, the Indian government announced the implementation of a Comprehensive Scheme that involves the establishment of Integrated Anti Human Trafficking Units in 335 vulnerable police districts throughout India, as well as capacity building that includes training for police, prosecutors and judiciary.

As of the announcement, 225 Integrated AHTUs had been made operational, while 100 more AHTUs were proposed for the forthcoming financial year. 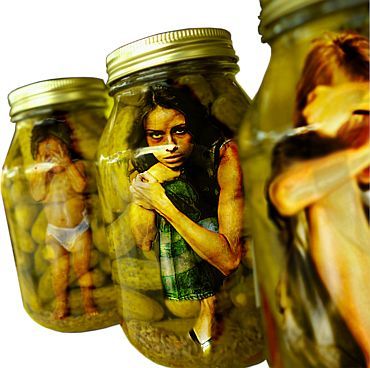 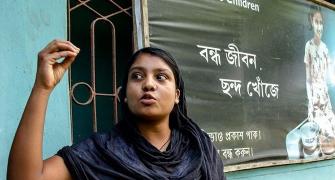 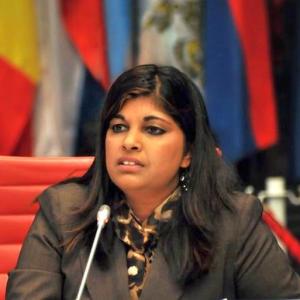