Text of Prime Minister Manmohan Singh's speech at the 66th session of the United Nations General Assembly in New York.

Allow me at the outset to congratulate you on assuming the Presidency of the General Assembly. I wish to assure you of India's full cooperation in the conduct of the sixty-sixth session of the Assembly.

It is also my great pleasure to welcome in our midst the new State of South Sudan.

We meet at this session of the United Nations General Assembly at a time of great uncertainty and profound change.

Till a few years ago the world had taken for granted the benefits of globalization and global interdependence. Today we are being called upon to cope with the negative dimensions of those very phenomena. Economic, social and political events in different parts of the world have coalesced together and their adverse impact is now being felt across countries and continents.

The world economy is in trouble. The shoots of recovery which were visible after the economic and financial crisis of 2008 have yet to blossom. In many respects the crisis has deepened even further.

The traditional engines of the global economy such as the United States, Europe and Japan, which are also the sources of global economic and financial stability, are faced with continued economic slowdown. Recessionary trends in these countries are affecting confidence in world financial and capital markets.

These developments are bound to have a negative impact on developing countries which also have to bear the additional burden of inflationary pressures.

Declining global demand and availability of capital, increasing barriers to free trade and mounting debt pose a threat to the international monetary and financial system. Questions are being asked about the efficacy of the Bretton Woods institutions.

There has been unprecedented social and political upheaval in West Asia, the Gulf and North Africa. People of these regions are demanding the right to shape their own future. Energy and food prices are once again spiraling and introducing fresh instability, especially for developing countries.

The Palestinian question still remains unresolved and a source of great instability and violence. India is steadfast in its support for the Palestinian people's struggle for a sovereign, independent, viable and united state of Palestine with East Jerusalem as its capital, living within secure and recognizable borders side by side and at peace with Israel. We look forward to welcoming Palestine as an equal member of the United Nations.

Terrorism continues to rear its ugly head and take a grievous toll of innocent lives.

New threats to international security have emerged. At a time when the world needs more international commerce, the sea lanes of communication across the Indian Ocean are under siege. Acts of piracy are being carried out with impunity from lands that are beyond the writ of any functioning state or international accountability.

Iniquitous growth, inadequate job and education opportunities and denial of basic human freedoms are leading to growing radicalization of the youth, intolerance and extremism.

More importantly, we will succeed if our efforts have legitimacy and are pursued not just within the framework of law but also the spirit of the law.

The observance of the rule of law is as important in international affairs as it is within countries. Societies cannot be reordered from outside through military force. People in all countries have the right to choose their own destiny and decide their own future.

The international community has a role to play in assisting in the processes of transition and institution building, but the idea that prescriptions have to be imposed from outside is fraught with danger.

Actions taken under the authority of the United Nations must respect the unity, territorial integrity, sovereignty and independence of individual states.

Correspondingly, governments are duty bound to their citizens to create conditions that enable them to freely determine their pathways to development. This is the essence of democracy and fundamental human freedoms.

There are many other things that we can do. We must address the issue of the deficit in global governance. We need a stronger and more effective United Nations. We need a United Nations that is sensitive to the aspirations of everyone - rich or poor, big or small. For this the United Nations and its principal organs, the General Assembly and the Security Council, must be revitalized and reformed.

We should not allow the global economic slowdown to become a trigger for building walls around ourselves through protectionism or erecting barriers to movement of people, services and capital. Effective ways and means must be deployed to promote coordination of macro economic policies of major economies. The reform of governance systems of international financial institutions ought to be pursued with speed and efficiency.

The development agenda must be brought firmly back to the centre stage of the United Nations' priorities. We need a much more determined effort to ensure balanced, inclusive and sustainable development for the benefit of vast sections of humanity. Each of us can contribute to this task, but we can achieve far more if we act in partnership.

In the last few decades India has lifted tens of millions of its people out of abject poverty. We are in a position to feed our population better, to educate them better and to widen their economic choices. But we still have a very long way to go.

We wish to quicken the pace of India's transformation in partnership with the international community. A fast growing India can expand the boundaries for the global economy. A democratic, plural and secular India can contribute to tolerance and peaceful co-existence among nations.

Developing countries need investment, technology and market access for their products.  They need assistance in the areas of education, health, women's empowerment and agriculture.

During the recently held 4th United Nations - Least Developed Countries Conference, India has strengthened its partnership with the LDCs through significantly enhanced lines of credit and assistance in capacity building.

We have to pay particular attention to Africa. Africa's richest resources are not its minerals but its people. We have to empower them and open the doors for them to human advances in technology, education and skill development.

At the second India-Africa Forum Summit in Addis Ababa earlier this year India offered lines of credit worth five billion US dollars and an additional 700 million US dollars grant assistance for human resource development, transfer of technology and building new institutions.

The United Nations should lead efforts in the area of food security. We need more cooperation in agricultural technologies, water conservation, land usage and productivity and stability in commodity prices.

The fight against terrorism must be unrelenting. There cannot be selective approaches in dealing with terrorist groups or the infrastructure of terrorism. Terrorism has to be fought across all fronts.

In South Asia there are encouraging signs of cooperation in the area of security, as exemplified in India's cooperation with Bangladesh. Such cooperation is adding to the security of both our countries.

The recent assassination of Professor Burhanuddin Rabbani in Kabul is a chilling reminder of the designs of the enemies of peace in Afghanistan. It is essential that the process of nation building and reconciliation in that country succeeds. This is vital for ensuring peace and security in the region.

India will play its part in helping the people of Afghanistan to build a better future for themselves, just as we are doing in other countries in South Asia. We will do so because prosperity and stability in our region are indivisible.

We wish to see an open, inclusive and transparent architecture of regional cooperation in the Asia Pacific region and peaceful settlement of disputes.

I call upon the United Nations to evolve a comprehensive and effective response to the problem of piracy in the Red Sea and off the coast of Somalia. As a littoral state of the Indian Ocean, India is ready to work with other countries in this regard.

Simultaneously, the international community should continue with efforts to restore stability in Somalia. We have joined international efforts to provide humanitarian assistance to the countries afflicted with severe famine and drought in the Horn of Africa, specifically Somalia, Kenya and Djibouti.

I commend the United Nations for its efforts in focusing world attention on nuclear safety. Our plans for utilizing nuclear power to meet our energy needs hinge upon full satisfaction about the safety of nuclear energy. We have undertaken a thorough review of the safety of our nuclear plants. We support international efforts under the aegis of the International Atomic Energy Agency to enhance levels of safety and security.

The perspectives that I have outlined to this august assembly are the ones that have guided our actions in the Security Council since India became a non-permanent member of the Council in January this year.

There are still millions living in poverty across the world. Their plight has worsened, for no fault of theirs, due to the global economic and financial crisis of the recent years. The actions of governments around the world are therefore under close scrutiny.

It is vitally important that through our actions and deeds we renew people's faith in the charter and objectives of the United Nations. I am confident we can do this through statesmanship, foresight and collective efforts.

India stands ready to play its part in this noble endeavour.

SHARE THIS STORY
Print this article
Saina will get back her form: Gopichand 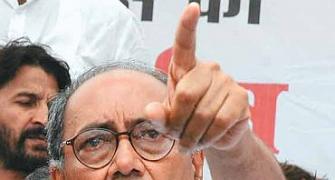 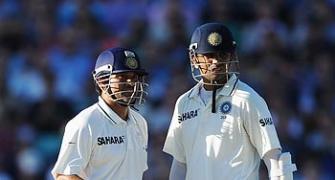 Akhtar should apologise to Tendulkar and Dravid: Shukla 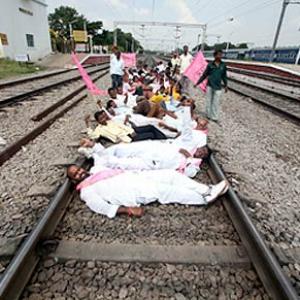