The number of people falling sick to a mysterious disease in Eluru city of Andhra Pradesh saw a rapid decline on Wednesday even as medical and scientific experts could not yet exactly pinpoint what caused the outbreak. But after several rounds of tests, they opined that organochlorine and lead could be the primary causative agents that triggered the disease, whose symptoms mainly were fits and nausea.

In their preliminary findings presented to the Andhra Pradesh government, the experts noted that it was a point source epidemic and a likely case of acute intoxication of toxins, but not chronic.

"There is a likelihood of toxin lead or organochlorine or both causing the sudden convulsions," the experts observed.

The total number of those afflicted by the disease touched 593 on Wednesday, but 523 of them have already been discharged from hospital upon recovery.

Another 33 patients were referred to the Government General Hospitals in Vijayawada and Guntur for better treatment.

The number of active cases is now only 36. Only about 24 patients reported sick on Wednesday, but all of them were stable.

Though a couple of people complained of a relapse, they too got cured after a few hours in hospital.

Teams of experts from the National Institution of Nutrition, the National Centre for Disease Control and the AIIMS were now examining the cattle for possible traces of the chemical compounds.

As bleaching powder and chlorine were extensively used for sanitation to contain the spread of COVID-19, they could have been a source of contamination, the two-member WHO team felt after visiting the affected areas.

Chief Minister Y S Jagan Mohan Reddy interacted with the experts via a videoconference and said the government would come out with an action plan once the final reports on the disease outbreak were received.

He asked them to first focus their study on whether or not drinking water caused the mysterious disease and then analyse the other aspects.

The experts told the chief minister that the number of cases has dwindled significantly and also those afflicted were recovering in three to four hours.

Senior specialist A Shariff from AIIMS said detailed examination of all samples has to be done, though the blood samples indicated a high level of lead.

Since nickel is largely present in Indians, there was no need to panic, he noted.

The lead level too was significantly declining in 24 hours after the patients recovered, he added.

Recycled batteries could have been the source of lead contamination, Shariff explained.

"The batteries may have got buried in the soil after breakage, which could have led to lead contamination. It could have got into human bodies through rice or vegetables. Or, lead could have been in the air when used batteries were burnt," he pointed out.

The All India Institute of Medical Sciences expert said they were studying all these aspects.

Experts from the NIN, Hyderabad, said they spoke to some of the affected families in Eluru and collected details of the food they had taken.

"We collected samples of vegetables, blood and urine from them. We also collected samples from some patients in hospital. We went to the markets where vegetables and other essential commodities are purchased. We are examining all those samples," the NIN experts said.

They informed the Chief Minister that NIN would submit a report based on the examination of water, food, milk, urine and blood samples.

The IICT scientists said they were conducting a thorough study on drinking water as lead content was found to be high in the patients.

They, however, said a preliminary analysis of water did not reveal any dangerous content as such.

"We are conducting a comprehensive analysis for determining the exact cause," they added.

The CCMB team said it was studying whether any virus caused the mysterious disease outbreak in Eluru.

"It will take some time for the results to come out and determine the exact cause," it told the chief minister. 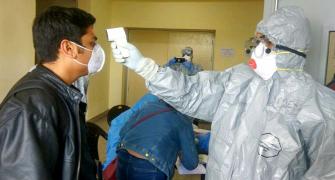 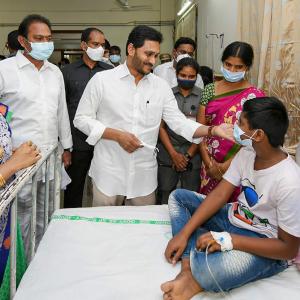 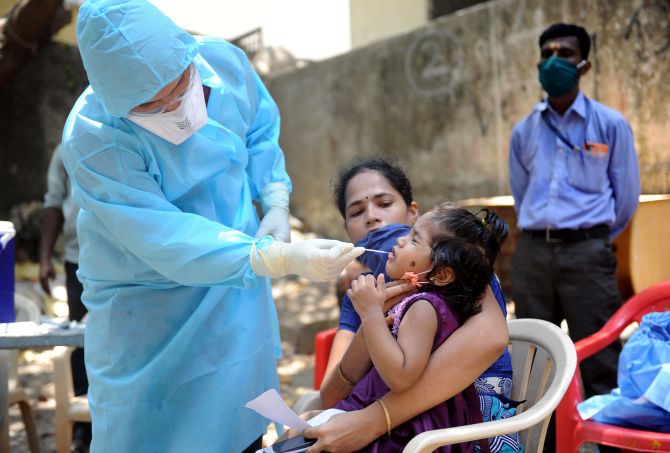