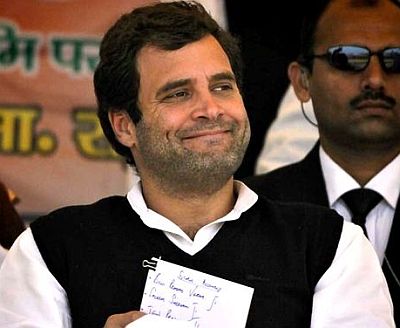 The government on Monday countered the Congress charges of snooping on Rahul Gandhi saying it was making a "mountain out of what is not even a molehill" as information collection was part of a transparent security profiling used on 526 VIPs, including Sonia Gandhi and former prime ministers.

Responding to charges of snooping and spying on political opponents by Opposition Congress and SP in Rajya Sabha, Leader of the House Arun Jaitley said the police has been collecting such information since 1987 on VIPs operating out of Lutyens Delhi through a profoma form as part of security profiling.

The proforma, which was revised in 1999, has been used to profile former prime ministers H D Dewa Gowda, I K Gujral, Manmohan Singh and Atal Bihari Vajpayee. The same was also used to profile Congress President Sonia Gandhi in October 2004, 2009, 2010, 2011 and 2012, the finance minister said.

Pranab Mukherjee, before becoming the President, was profiled in 2001, 2007, 2008, 2009 and 2012, while senior BJP leaders L K Advani and Sushma Swaraj, Ahmed Patel of Congress, CPI-M's Sitaram Yechury and Sharad Yadav of JD-U were also profiled, he said.

"526 persons have been profiled using the present form," he said, adding this was part of "transparent, security profiling and not associated with any kind of snooping or spying."

"It is not that it has been started in the last 8 months," he said and proposed to sit with Leader of the Opposition Ghulam Nabi Azad to go through the 526 forms filled during the previous UPA rule.

On the proforma seeking information on shoe size, colour of eyes and other such information, Jaitley said former Prime Minister Rajiv Gandhi was identified by his shoes after his assassination.

Security needs and profiling should be left to security experts and "we should not attempt to become one", he said, adding "the issue raised is making mountain of what is not even a molehill."

Jaitley said the practice of security profiling started in 1987 under Congress rule.

Maintaining that he had given a notice under Rule 267 to suspend business so as to take up the issue, Azad said in his 35 year career, including as a top security protectee, he had not seen such a proforma for security profiling.

Rahul, he said, has been a SPG protectee right since his father Rajiv Gandhi became Prime Minister and it was beyond comprehension why Delhi Police was only now collecting such information like his shoe size, colour of hair, habits, his associates, friends and aides.

After an Assistant Sub-Inspector of Special Branch of Delhi Police visited Rahul Gandhi's 12 Tughlaq Lane Residence on March 2, two senior officers had again visited his place on March 14 to gather information on his aides, Azad said.

"If you raise voice, the central government can use any measure," he said, demanding that Home Minister Rajnath Singh should come to the House and explain.

Last year, there were reports of NDA government minister's telephone being tapped, he said, adding since BJP assumed power in May 2014, religious and political freedom have been curbed. "The Delhi Police action is against privacy and against democracy," Azad said.

K C Tyagi (JD-U) said the security profiling has "never been heard of" and demanded a discussion on invasion of privacy as well as corporate and political espionage.

Naresh Agarwal (SP) alleged that one lakh telephones were being tapped everyday without requisite permission and warned that the privacy of individuals should not be challenged.