Rahul joining govt not an issue that concerns us: BJP

Source: PTI
August 11, 2012 18:35 IST
The Bharatiya Janata Party on Saturday refused to get drawn into the issue of whether Rahul Gandhi should be inducted into Prime Minister Manmohan Singh's Cabinet, saying this is a prerogative of the government and the opposition is not concerned with it.

In reply to a question, Singh had said earlier in the day that he would welcome Gandhi's entry into the government. His remarks have come at a time when there is speculation that he may assume a prominent role in the government and a more important one in the Congress.

"Whom they (Congress) induct in government is their prerogative. We are not concerned," Leader of Opposition in Rajya Sabha Arun Jaitley said.

Rahul Gandhi had himself said last month that he will play a more important role in government and the ruling party but the timing of this will be decided by his two bosses -- the prime minister and UPA chairperson Sonia Gandhi.

This had then prompted some BJP spokespersons to throw a challenge to Gandhi to join the Cabinet, insisting that in the remaining two years of the UPA-II government his mettle -- or the lack of it -- would be proved.

The BJP has often taunted Rahul Gandhi for his "failure" to improve the Congress performance in Assembly elections in Bihar, Uttar Pradesh and Punjab in the recent past. The opposition has also said as a Congress general secretary he is already hold a big post but has made little impact.

The prime minister struck an optimistic note. "I have always said I would welcome Rahul's entry into the government."

Gandhi had also said earlier that Rahul has to take a call on the matter. 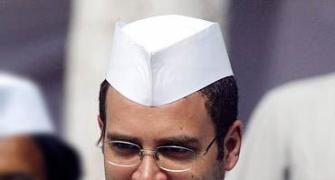 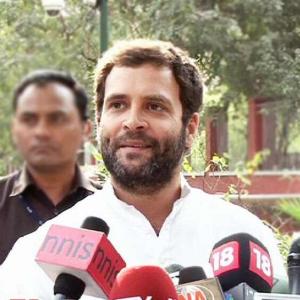 Rahul to play larger role in Congress from September