Rahul Gandhi could be next PM: Pranab

"Probably. After all, the people of India should decide. It is a democracy," he said in reply to a question on whether Gandhi would be the next Prime Minister of India.

"Of course," he said when asked whether he would be happy with the decision.

The questions were posed by filmmaker Karan Johar to Mukherjee at an awards function in Mumbai.
Source: PTI© Copyright 2021 PTI. All rights reserved. Republication or redistribution of PTI content, including by framing or similar means, is expressly prohibited without the prior written consent.
Related News: Pranab Mukherjee, Karan Johar, Gandhi, India, Mumbai
SHARE THIS STORY
Print this article
The life and times of Rahul Gandhi 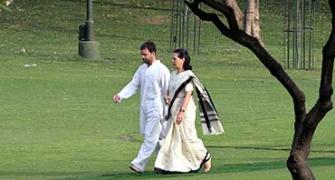 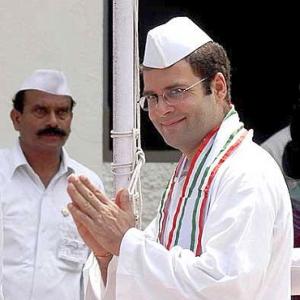