Buoyed by the Supreme Court clean chit to the Rafale jet deal, the government on Friday launched a counter-offensive on the opposition in Parliament, seeking an apology from Congress chief Rahul Gandhi for “misleading” the nation. 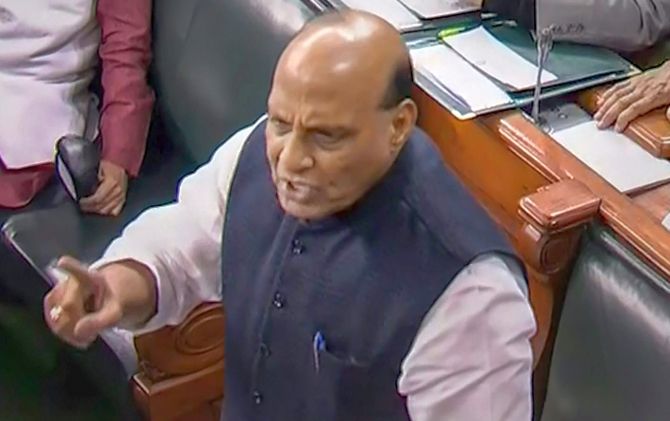 The two Houses were adjourned for the day amid sparring between the treasury and the opposition benches on the issue.

In the Lok Sabha, during the Question Hour, Parliamentary Affairs Minister Narendra Singh Tomar demanded an apology from the Congress and Rahul Gandhi following the top court verdict on the jet deal.

Amid slogan shouting between the two sides, the House was adjourned for nearly 40 minutes during the Question Hour.

When the House reassembled at noon, Home Minister Rajnath Singh demanded that Rahul Gandhi should apologise on the floor of the House for “misleading” the country on the Rafale deal issue.

He said, Gandhi’s allegations have “damaged” the reputation of the country in the international fora.

In the Rajya Sabha, Leader of the House and Finance Minister Arun Jaitley was heard saying that the Opposition has been demanding a debate on the jet deal, therefore, the
question hour should be suspended to take up the issue.

Friday was the fourth day of the Winter session. While the two Houses were adjourned for the day on day one after obituary references to former prime minister Atal Bihari Vajpayee and some sitting members, little business has been transacted for the past two days amid opposition protests.

In the Lok Sabha, while the Congress raked up the Rafale issue, All India Amma Dravida Munnetra Kazagham members raised issues related to Cauvery river water. The Telugu Desam Party was demanding special status for Andhra Pradesh. Members of these parties were in the Well holding placards and shouting slogans.

While Trinamool Congress members were on their seats, some Left members were holding placards demanding JPC on Rafale issue.

Even after the House was adjourned for the first time at 11.10 am, Bharatiya Janata Party members raised slogans such as ‘gali-gali mein shor hai, Rahul Gandhi chor hai’.

Opposition parties led by the Congress have been attacking the Modi government over the deal, alleging that it was struck at an exorbitant price and benefited an Indian businessman at the cost of the government-run Hindustan Aeronautics Limited. The charges have been denied by the government.

Amid protests by Congress members in the Lok Sabha, Home Minister Singh said, “Rahul Gandhi should apologise on the floor of the House for misleading the country on the Rafale jet deal issue for political gains”.
The Supreme Court on Friday gave the Narendra Modi government a clean chit on the procurement of 36 Rafale fighter jets from France and dismissed all petitions seeking a direction to the Central Bureau of Investigation to register an FIR for alleged irregularities in the deal.

The apex court said there was no occasion to doubt the decision-making process in the multi-billion dollar Rafale deal.

Singh said the Congress itself was facing grave allegations of graft and their ministers have been sent to jail over corruption charges.

“They know that they have drowned, so they want to take us along (Woh chahate hain ke hum toh dube hain sanam, tumhe bhi le doobenge),” the home minister said.

Singh said the Supreme Court observed that the deal was a financial advantage to the nation.

The Congress, however continued with their demand for a JPC to probe the issue.

No sooner Rajya Sabha assembled for the Zero hour, members of the Samajwadi Party raised slogans relating to the recent violence in UP’s Bulandshahar district while AIADMK members trooped into the well over the Cauvery river water issue.

The uproar started as soon as the proceedings began following which Deputy Chairman Harivansh first adjourned the House till 1130 hours.

However, as the protests intensified, he adjourned the Rajya Sabha till Monday after his repeated attempts to bring order in the House failed.

Before adjourning the House for the day, Harivansh tried to run the Zero Hour proceedings smoothly and some of the members even read out mentions amid uproar.

Unlike other days, there was ruckus in the House even when ministers were laying listed paper on the table of the House. 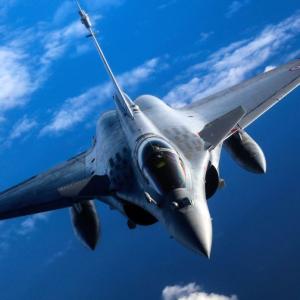 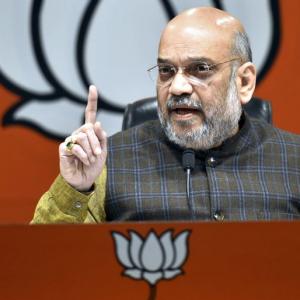