The political row had erupted after the National Democratic Alliance government inked the Rs 59,000-crore deal on September 23, 2016 to procure 36 Rafale jets from French aerospace major Dassault Aviation after a nearly seven-year exercise to procure 126 Medium Multi-Role Combat Aircraft for the Indian Air Force did not fructify during the Congress-led United Progressive Alliance regime. 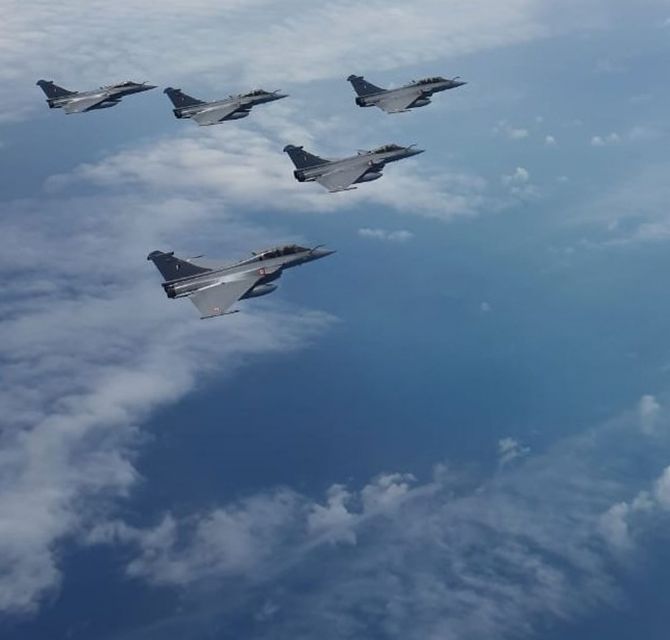 The touchdown of five Rafale jets on Indian soil on Wednesday caps years of intense political dogfight, with the ruling Bharatiya Janata Party projecting the purchase as a huge boost to national security and the Congress alleging corruption, before a clean chit by the Supreme Court to the deal removed any hurdle in its acquisition.

Senior BJP leaders were jubilant as the multirole combat jets arrived at the Ambala Air Base, but this denouement marked by celebrations follows a long saga of political fights, with detractors of the deal taking their battle to the apex court and losing it there.

Even the Supreme Court's dismissal in December 2018 of PILs demanding a court-monitored probe into the Rs 59,000 crore purchase of 36 fighter jets and assertion that it found nothing wrong in the deal, could not douse the political fire as the then Congress president Rahul Gandhi made his allegations of graft in the transaction a poll issue in the 2019 Lok Sabha elections.

Most political observers believe that Gandhi's charges did not find much traction with voters as the saffron alliance retained power at the Centre with a bigger mandate, taking the wind out of the opposition's sails in its campaign against the deal.

His diatribe against the prime minister with slogans like chowkidar chor hai (watchman is a thief) ended up boom-ranging, as the Congress was decimated in the elections.

The political row had erupted after the National Democratic Alliance government inked the Rs 59,000-crore deal on September 23, 2016 to procure 36 Rafale jets from French aerospace major Dassault Aviation after a nearly seven-year exercise to procure 126 Medium Multi-Role Combat Aircraft for the Indian Air Force did not fructify during the Congress-led United Progressive Alliance regime.

However, opposition parties, primarily the Congress, accused the Modi government of bypassing the due process and alleged that the cost per aircraft had turned out to be much more than what was being negotiated by the UPA dispensation.

The then defence minister Arun Jaitley had asserted amid relentless protests in Parliament by the Congress that in reality the deal signed by the Modi government was 20 per cent cheaper than being negotiated by the UPA.

The government, however, declined to reveal price breakdown of the deal, saying it will compromise national interest by disclosing the details of the aircraft's security features.

A Comptroller and Auditor General report in February last year also vindicated the government's position to a large extent, saying it secured a 2.86 per cent cheaper price for the fighter jets than what was negotiated by the UPA regime.

Earlier, the Supreme Court had on December 14, 2018 rejected plea for a probe into the deal, saying there was no occasion to doubt the decision-making process in the Rafale's procurement.

In November last year, the court rejected pleas for a review of its decision, putting a closure to the political controversy over the deal. 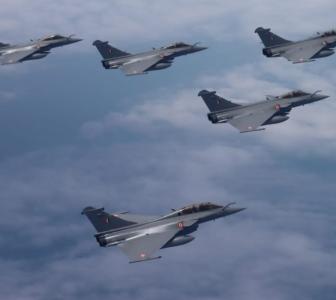 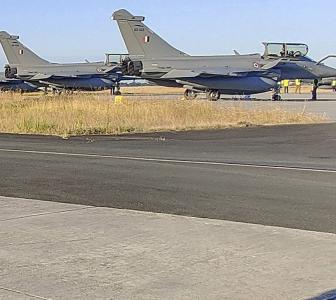 Rafales are here! Know about IAF's game-changer
The Rafale deal and why it makes China nervous 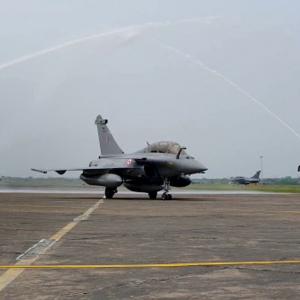 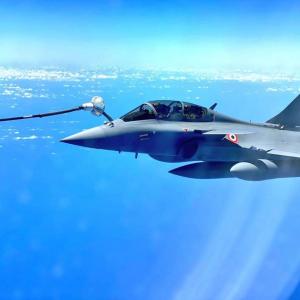