Spinach with radioactive iodine 27 times more than the government-regulated limit has been found in the city of Hitachi in Ibaraki Prefecture, which is located over 100 kilometers away from the earthquake-cum-tsunami affected Fukushima Daiichi nuclear power plant in Japan.

The concerns of people over farm products have led the government to instruct local authorities to halt the shipment of relevant produce if it is found contaminted with radioactive substances above the government regulated standards.

The Kyodo news agency quoted Ibaraki prefectural government as saying that in one kilogram of spinach grown in open air in the city, 54,000 becquerels of iodine has been detected, exceeding the 2,000 becquerel limit preliminarily set by the government under the food sanitation law.

The level of cesium in the spinach grown in the city was also higher at 1,931 becquerels, compared to the limit of 500 becquerels.

Besides, the level of iodine in the spinach grown in open air in Kitaibaraki city in Ibaraki, around 75 kilometers south of the nuclear plant, was 24,000 becquerels, 12 times more than the limit of 2,000

A cesium level of 690 becquerels, 190 more than the limit, was also found in the spinach, which was taken for investigation on Friday, the report said.

Ibaraki Governor Masaru Hashimoto said that his government will continue to ask each municipality to voluntarily halt shipments of spinach grown in the prefecture, but insisted that there is no risk to human health.

Renho, a state minister in charge of consumer affairs and food safety, has also said that the reported radiation levels in spinach and raw milk are 'not expected to immediately affect human health', and urged the public to 'act calmly'.

"I hope the public will not be confused by groundless rumors but act according to information from reliable sources," she said.
Related News: Ibaraki, Fukushima Daiichi, Masaru Hashimoto, Renho, Kyodo
SHARE THIS STORY
Print this article 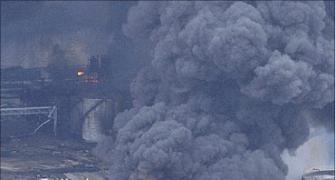 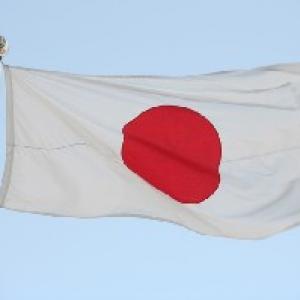 Japan to levy tax to counter global warming in '11