Question as Gujarat readies for counting on Thursday: Will BJP increase its tally?

Counting of votes will be held on Thursday for the Gujarat assembly elections which were held in two phases on December 1 and 5 across 33 districts of the Bharatiya Janata Party-ruled state. 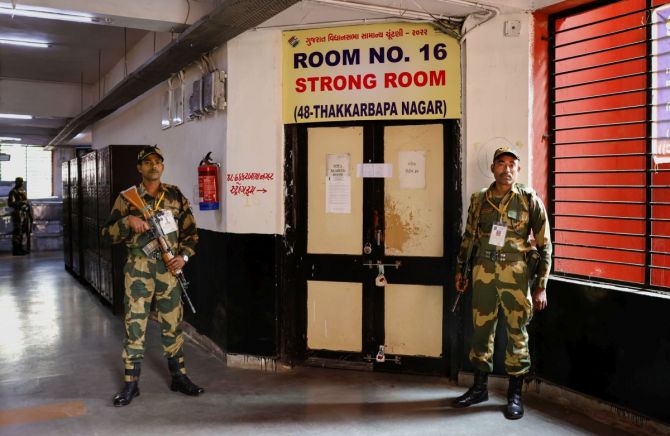 The counting of votes will start at 8 am at 37 counting centres covering the 182 assembly seats, an official said.

While the contest in Gujarat has traditionally been between the BJP and Congress, it was three-cornered this time around with Aam Aadmi Party (AAP) entering the poll arena.

Exit polls have predicted a big majority for the BJP in Gujarat and if these projections are any indication, the saffron party is all set to retain power in the state for the seventh consecutive term.

The ruling party is expected to win in the range of 117-151 seats, while the Congress was predicted to bag between 16 to 51 seats. The Aam Aadmi Party was projected to bag anything between two and 13 seats. The majority mark in Gujarat is 92.

Polling in Gujarat happened in two phases on December 1 and 5. Voter turnout stood at 66.31 per cent, lower than the 71.28 per cent recorded in the 2017 Assembly elections.

A total 70 political outfits and 624 independents were in the fray.

In the 2017 assembly polls, the BJP won 99 seats and Congress 77 seats, while two seats went to BTP, one to NCP, and three to independents.

Ahead of this month's elections, the BJP's number in the House stood at 110 and Congress at 60 after 20 MLAs who won on Congress seats switched over to the BJP in the last five years, three of them quitting just ahead of the elections. 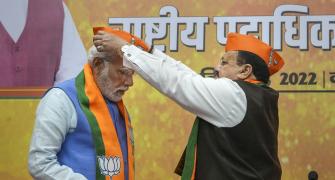 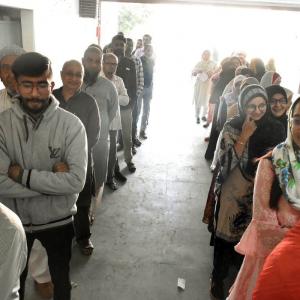