Putin arrives in Delhi for summit talks with Modi Russian President Vladimir Putin arrived in New Delhi late on Friday night for annual summit talks with Prime Minister Narendra Modi on Thursday that is aimed at building on the already close strategic ties, particularly in the fields of nuclear energy, hydrocarbons and defence.

Putin, who is accompanied by a high-level delegation that included business tycoons, was received by Petroleum Minister Dharmendra Pradhan among other dignitaries.

After the talks at Hyderabad House, the two sides are likely to ink 15-20 pacts. The talks at the highest level have been taking place since 2000 alternately in Moscow and New Delhi.

In his talks with Modi, both in restricted and delegation level formats, Putin is likely to seek deeper economic engagement with ‘time-tested’ ally India to try to minimise impact of sanctions against Russia by the United States and its Western allies over the Ukraine issue.

It will be the first annual summit meeting between Putin and Modi. The two leaders had met on the sidelines of the BRICS summit in Brazil in July and during the G-20 summit in Australia last month.

Ahead of his visit, Putin termed ties with India as ‘privileged strategic partnership’ and said construction of new nuclear plants besides military and technical cooperation was high on the agenda for talks. He said Russia was keen to export liquefied natural gas to India and involve ONGC in oil and gas hunt in the Arctic.

Energy-starved India, which is the third largest oil importer after the US and China -- has been pushing for greater involvement in major gas and oil exploration projects in Russia and both the leaders are set to discuss the issue.

Russia is one of the top oil producers globally and has huge reserves of natural gas. In the nuclear energy sector, Russia may offer to set up a total of 20-24 nuclear energy production units in India against previously agreed 14-16 plants. Both sides are also likely to come out with a roadmap for cooperation in the overall energy sector.

Russian Ambassador Alexander Kadakin said the two countries will start negotiations for setting up of units five and six at the Kudankulam nuclear power complex soon and may sign a technical pact for units 3 and 4 during Putin's stay in New Delhi.

Russia was awaiting India's decision to allot a site for construction of a new Russian-designed nuclear power plant and the issue may figure in the talks.

To improve two-way trade, Putin and Modi are expected to jointly interact with CEOs of major companies from both the countries. The volume of bilateral trade was $10 billion in 2013 and both sides feel there was ‘huge opportunity’ to improve it significantly. India has been working to have a trade pact with ‘Eurasian space’ for improved trade and commerce which will also improve trade with Russia.

India's exports, particularly food items, to Russia have gone up since sanctions were imposed against that country by Western nations for its interventions in the crisis in Ukraine.

India has been maintaining that it cannot be party to any economic sanctions against Russia. Both the leaders are likely to discuss improving supply of rough diamonds by Russia to India. Russia is the world's top producer of rough diamonds and India is one of its largest importers.

Putin will also inaugurate World Diamond Conference in New Delhi on Thursday. In the defence sector, Putin may push for larger procurement of military hardware from Russia by India. Russia has been a major defence supplier to India and its share has been 60-70 per cent in the country's import of military hardware.

Listing the joint strategic projects, Putin said these included construction of new units for Indian nuclear power plants, promotion of Russian Sukhoi superjet-100 and MS-21 passenger aircraft to Indian market besides manufacturing of helicopters and creating a ‘smart city’ on the basis of Russian technology. 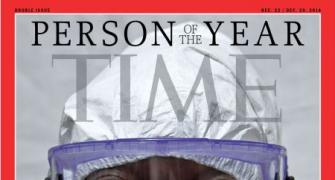 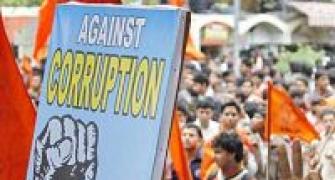 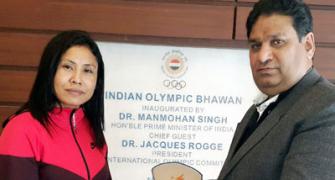 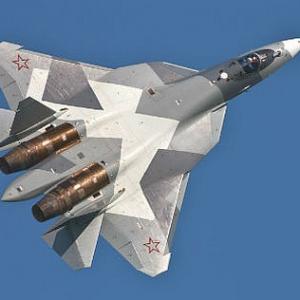