Source: PTI
March 06, 2012 17:08 IST
Shiromani Akali Dal created history on Tuesday to become the first party ever to retain power in Punjab bucking the anti-incumbency factor with Parkash Singh Badal, the grand old man of the state politics, and his son Sukhbir Singh leading the charge.

And Parkash Singh Badal, who his party says is 84 while his opponents put him on the wrong side of the nineties, will have another feather on his pack as the warhorse could become chief minister of the agrarian state for the fifth time. Punjab was carved out of Haryana in 1966.

Soaking in the historic victory, the ageing SAD patron maintained that the party's core committee will take the decision to choose its leader though Sukhbir said his father will be the party's chief ministerial candidate.

Apart from fighting incumbency, the SAD in alliance with the Bharatiya Janata Party also faced challenges after the party was accused of corruption and nepotism before dashing the hopes of Congress's Amarinder Singh to come back to power.

If the SAD-BJP alliance decides to have Badal senior as the chief minister, he would be in the post for the record fifth time. He headed full two five-year terms from 1997 and 2007. His other terms were in 1977-1980 and 1970-71.
Badal Sr has given the credit for the alliance victory to Sukhbir, who succeeded his father as party president in January 2008 and became deputy CM a year later making it the first case of a father and son sharing the two top posts in the government.

Parkash Singh Badal had unilaterally in January 2009 announced that Sukhbir would become Deputy CM taking the alliance partner BJP in the state by surprise. But the veteran politician that Badal Sr is, he had taken the senior leadership of the saffron party into confidence to make it a smooth sailing for his only son.

Armed with an MBA degree from the United States, 50-year-old Sukhbir had on January 31,2008 become the youngest Akail Dal leader to head the ruling SAD--a party considered by most as traditional and sticking to orthodox and conventional norms.

Despite Badal Sr's cousin Mahesh Inder Singh of the Congress and his younger brother Gurdas being in the fray from the Lambi constituency, the chief minister won by a record margin of 24,739 votes as against the narrow margin of 9,187 votes five years back. It was for the third time that two Badals were against each other with the chief minister's cousin being vanquished. This time he also had his younger brother Gurdas as an opponent.

Gurdas, who could get just 5,352 votes, had been put up People's Party of Punjab, formed by his estranged nephew Manpreet Singh Badal, whose party failed to get any success in the state.

Badal graduated from the Christian College, Lahore. He entered into politics by joining the SAD in 1947. He was first elected Sarpanch of his village Panchayat and later elected chairman of the Block Samiti.

In 1957, he was elected to the Punjab assembly from Malout constituency under the Congress banner as then the SAD had entered into an agreement to contest the elections on Congress tickets.

Badal was re-elected from the Gidderbaha assembly constituency on the SAD nomination during the 1969 mid-term poll and made Panchayati Raj, animal husbandry and dairy minister.

When Gurnam Singh, the then chief minister, defected to the Congress, the SAD members regrouped themselves overnight and Badal was chosen the leader on March 27,1970 and formed a ministry with the support of Jan Sangh and the SSP. But owing to constant squabbles and infighting he advised the state governor on June 13, 1971 to dissolve the house.

Badal was re-elected in the 1972 elections, but as the SAD could not form a government, he became the leader of opposition.

In the 1977 elections, Badal again won from the Gidderbaha constituency and headed the SAD-Janta Party government.

During his tenure, the Punjab Women and Children Development and Welfare Corporation Bill, 1979 was passed to ensure development of women and children in the state. He also introduced the concept of rural development through setting up of focal points at various places in the state.

Badal courted arrest during the Dharamyudh Morcha and 'Operation Bluestar' in June 1984 when the army had entered the Golden Temple complex at Amritsar to flush out militants. He was again elected to the state assembly in June 1980 and September 1985 elections. He refused to become the deputy CM under Surjit Singh Barnala after the 1985 elections and later quit the party following widening rift.

In 1986, he formed Shiromani Akali Dal-Badal and courted arrest on December 2, 1985 with former Shiromani Gurdwara Parbandhak Committee President Gurcharan Singh Tohra and other leaders and was jailed at Dehradun.

He was again elected in the 1997 assembly elections from Lambi and became Chief Minister on February 12, 1997 heading the SAD-BJP alliance government.

During his third tenure he took the decision of providing free electricity, water and waiving the land revenue to the farmers. The completion of the Thein Dam near Pathankot was another hallmark of his tenure.

Badal was reelected from Lambi in the February 13, 2002 general elections but the SAD-BJP alliance failed to get a majority leading to installation of a Congress government with Punjab Pradesh Congress Committee President Amarinder Singh as the CM.

Over the years, he has been grooming his son Sukhbir, who is a Lok Sabha MP and a former Union minister. 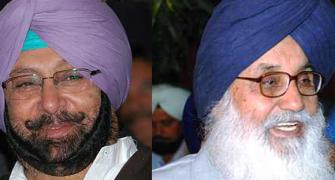 It was all about 'family' in Punjab polls 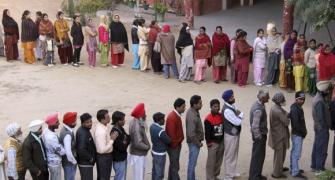 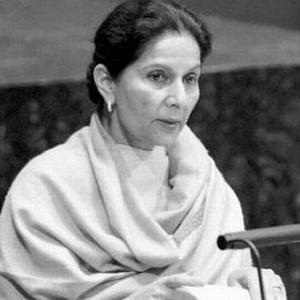