The only factor working against the AAP, and in favour of the Congress, is the infighting in the former, says Sahil Makkar. 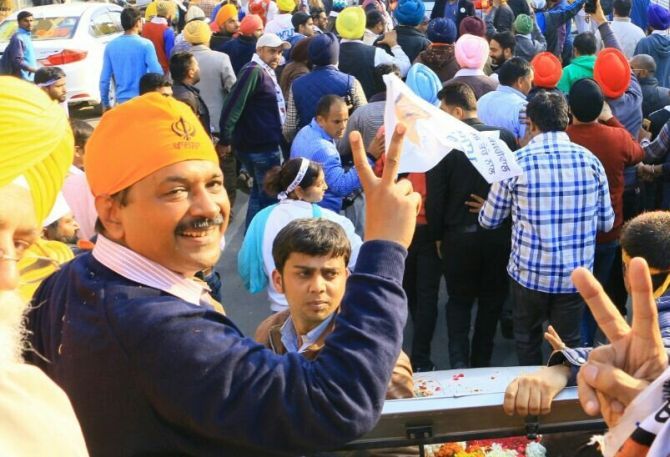 Some 114 km from Punjab’s capital Chandigarh, in Jhande village of Ludhiana district, a group of men were engaged in an intense conversation. The men -- mostly farmers, dairy owners and retired servicemen -- had gathered at village’s chaupal after the day’s work to discuss life and politics.

Their conversation soon broke out in a heated argument when it came to voting for the party in the state assembly elections scheduled on February 4. A few, who had earlier voted for the two traditional parties, the Congress and the Shiromani Akali Dal, now wanted a change and are ready to experiment with the newbie Aam Aadmi Party.

But these advocates of the new party were immediately challenged by the traditional voters of the Congress with sound reasoning and a lone SAD supporter.

"We want to vote for a change, a new party and a new ideology. People have got tired of the SAD and the Congress in the past 70 years and now want to give five years to AAP," says Balbir Singh, an ex-serviceman.

He doesn’t agree with Congress acolyte Baljeet Singh, a school teacher who believes that AAP chief Arvind Kejriwal has betrayed Punjab on the controversial issue of Sutlej Yamuna canal link and his party candidates are novice.

Baljeet says he would have changed his preference had AAP declared a Punjabi its chief ministerial candidate.

"We cannot accept an outsider. The chief minister has to be a Punjabi with good image," he says, hinting at Delhi Chief Minister Kejriwal, who hails from the neighbouring state Haryana, and comedian-turned-politician Bhagwant Mann.

The lone Akali supporter Sukhdev Singh, a Jat-Sikh who had been reluctant to join the debate with the other squabbling men in the pack, finally broke his silence saying his family had always supported the cause of panth (Sikh religion) and they still believed in Chief Minister Parkash Singh Badal, a champion of Sikh religion.

The other Sikhs agreed too that their old parents, too, would vote for the SAD for the same reason.

Jhande village has around 1,600 voters and the villagers have got sharply divided between the Congress and the AAP because of the anti-incumbency against the Badal-led SAD government. This story of division of votes repeats in most villages of Malwa, a cotton belt which has 69 out of the total 117 assembly seats.

In the previous 2012 assembly elections, the Congress had won 31 seats with a vote share of 40.6 per cent and the SAD registered victory on 36 seats with 40.3 per cent votes in Malwa, which comprises of Rupnagar, SAS Nagar, Fatehgarh Sahib, Ludhiana, Moga, Ferozepur, Mukstar, Faridkot, Bhatinda, Mansa, Sangrur, Barnala and Patiala districts.

The AAP hopes to win all the votes influenced by anti-incumbency and is expecting a good percentage of traditional Congress voters to join it. The AAP is drawing a large mass in its rallies, but so are the Congress and the SAD.

Though it is unlikely that the SAD would lose a substantial vote share, what makes the AAP more hopeful than the others was its performance in Punjab during the 2014 Lok Sabha elections.

The AAP had lead in 33 assembly segments and remained second on another six.

The other advantage that the party enjoys over the Congress and the SAD is early start of its campaign. While the AAP announced its candidates much before the polls, the other two parties could only finalise their contestants post poll announcement.

This gave the AAP enough time to plaster every Malwa village wall with messages in Punjabi reading: ‘Kejriwal, Kejriwal…sara punjab AAP de naal (the entire Punjab is with Kejriwal and the AAP).’

"Their (AAP) candidates have already been twice to their respective constituencies and are doing door to door campaigning. We started late and got only 14-17 days of campaigning. We expect the AAP to win anywhere between 30 to 35 seats but there would be a tough fight on each of these seats," concedes Ashok Kumar, a senior Congress functionary in Bhatinda.

The Congress is worried that the AAP has regained its momentum after the latter’s graph went down following controversies surrounding the conduct of its senior leaders.

The Scheduled Castes, which form a formidable 32 per cent of the state population and voted for the Congress, also seems to be slipping away in favour of the AAP. The biggest supporter of the AAP has emerged to be the youth, who don’t carry the baggage of traditional loyalties to old parties.

"The Akalis have spoiled Punjab youth because of drugs. The Congress is the same, we youngsters have decided to vote for the AAP," says Sanjeev Singla and his gaggle of friends in Pratap Nagar of Bhatinda. Singla’s parents, however, are convinced that only the Congress can give a stable government to Punjab.

The Congress, too, has adopted multi-pronged strategy to counter the AAP phenomenon.

Rumour mills are working full time in the state that the Congress and the SAD are having a friendly fight on most of the seats, meaning the SAD gave a weak candidate where the Congress candidate was strong and vice-versa.

It is also alleged that the SAD-BJP, whose activists and posters are barely visible on the field, were transferring its vote to the Congress. Captain Amarinder Singh, the chief ministerial candidate of the Congress, however, has strongly refuted the charge in an interview to Business Standard.

What is working against the AAP and in favour of the Congress is the internal fight within the former. Those AAP workers who didn’t get party seats or any other organisational post are openly badmouthing against the party and contesting candidates.

"AAP leaders took money from every possible candidate knowing well that they had to give it to only one.  Most candidates are turncoats or don’t enjoy a good public image. The rest are new faces. The AAP will only get voted in the name of Kejriwal," says Mahesh Gupta, a former AAP functionary and resident of Jalandhar.

The open revolt by former AAP workers and a concentrated social media campaign against failure of the Kejriwal government in Delhi has slightly titled the scale in urban area towards the Congress. 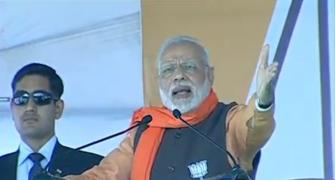 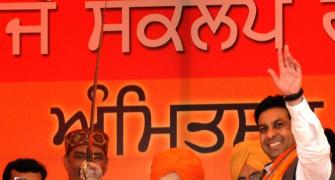 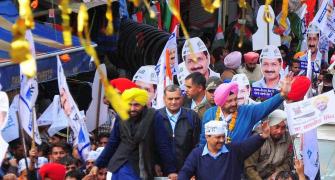 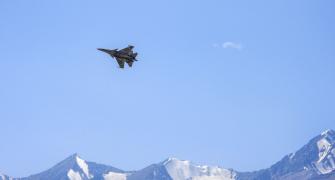 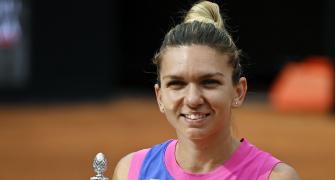 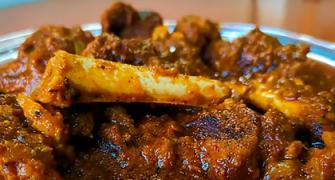 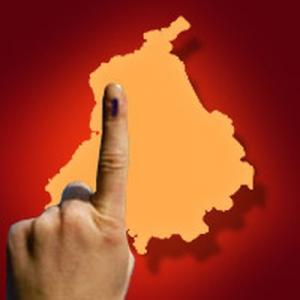