Protester: 'Modi not welcome in US' 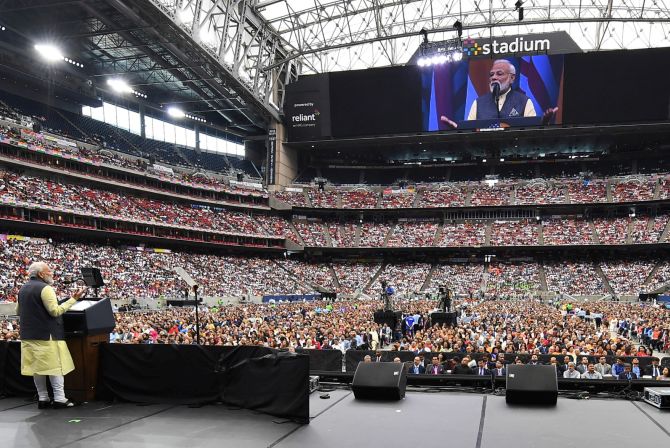 One of the participants was Hena Zuberi, an activist who manages the outreach for Justice for All.

According to her, Modi is certainly not welcome in the US.

Due to his government's actions, she said Genocide Watch has issued watches for two places in India -- Kashmir and Assam.

Zuberi pointed to Modi's record during the riots in Gujarat in 2002 when he was chief minister of the state.

She first argued that instead of taking away the protections in Article 370 of the Indian constitution, Kashmir should be left to the Kashmiris, for them to decide upon in a plebiscite as promised.

When it was pointed out that the demographics were skewed because the Hindu Kashmiris had been driven out long ago, Zuberi argued that they should go back.

Later, she expanded on that, saying her group supported all victims of oppression.

"The Pandits have been heard. We want all refugees to (be able to) go home (without) facing oppression," she said.

Her mother was part of a family that left India for Pakistan, walking through Kashmir.

The divide between the two nations had riven her family, she said, harking back to what she had heard from her father, who had moved to Pakistan, and was at his brother's deathbed in Alabama.

'If bhai had been in India, I'd never have been able to see him,' she quoted him as saying.

At the protest, Zuberi argued that the chilling effect on the people of Kashmir in recent times after the abrogation of Article 370 had to be reversed.

"Stop the genocide," she said, asserting that the prime minister aimed to rule over a Hindu-only India, one that has no place for Christians, Muslims, Dalits or other minorities.

She went on to talk of the stripping of citizenship of people in Assam, arguing that all these measures made Modi unfit as a leader. 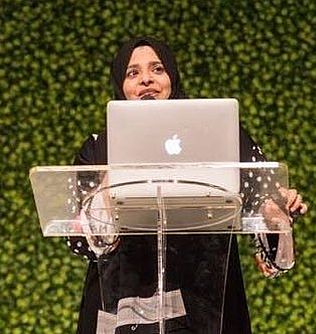 Speaking after the protest, Zuberi asserted that there has not been enough support for Kashmiris in the US, including from the Obama government.

She described it in terms of powerlessness, giving the example of how the violence in Yemen was being ignored, while Saudi Arabia, which is leading the coalition against the Shia rebels there, has American support.

Asked if that suggested commerce played a role, given that even India was given short shrift until its economy grew significantly, she said generally she might have agreed.

Zuberi said that given how extreme white supremacists reacted to such targeting, she felt it would be injudicious "for Indians to consider they will be safe. This affects all people of colour. Indian Americans should ask their children what they're experiencing at school."

Expanding on the American theme, she said President Donald Trump is dividing the community.

"I fought with (other Indian Americans) against white supremacy," Zuberi said.

South Asians, she said, who came to the US had no idea of American history.

"We don't know how we came here on the backs of African Americans," she said, addressing how the group's struggles for equality led the way for other people of colour to also benefit.

White supremacists would see no nuance when dealing with those they deemed outsiders, she said, "whether Saudi Muslim or Indian Hindu."