Proof of forgery by armymen, bureaucrats in Adarsh scam: CBI

The Central Bureau of Investigation has claimed to have found evidence of alleged forgery and manipulation of documents on part of some army officials and bureaucrats in the Adarsh society scam as it gears up to register an FIR in the case.

Highly-placed sources in the agency said that some of the documents seized by the CBI were indicative of some forgery having allegedly been committed by a few defence officials in criminal conspiracy with bureaucrats of Maharashtra government and private individuals.

"The FIR in the case would be filed soon. We have a firm case now," a senior CBI official said on condition of anonymity.

The official said a decision on registering the case under provisions of IPC and Prevention of Corruption Act would be taken once a clearance came from the legal department of the CBI.

Coming under flak over alleged corruption and abuse of official position by senior defence officials, Defence Minister A K Antony had sought a CBI probe into the scam relating to Adarsh Cooperative Housing Society in which some senior military officers, including former army chiefs Gen Deepak Kapoor and Gen N C Vij and ex-naval chief Admiral Madhavendra Singh, had flats allotted in their names.

The three ex-chiefs have since said they were surrendering their flats. The CBI had on November 15 registered a preliminary enquiry (PE). The housing society, built on prime defence land, was constructed in alleged violation of various rules and regulations.

The building was originally meant to be a six-storey structure to house Kargil war heroes and their kin but was later extended to 31 floors. "We are building a water-tight case leaving no loopholes or loose ends," the official said.

The Defence Ministry has among other things requested the CBI to look into issues concerning no-objection certificate, relinquishing of land in possession of the army and the extent to which commitments for welfare of defence personnel were complied with.

The CBI investigations is independent of an army court of inquiry ordered on December 11 and, the sources said the army officials, if any, would be made accountable before a court of law.

The army's Pune-based Southern Command headquarters had ordered a probe to find out how these officers had issued a no-objection certificate to the private housing society to construct a 31-storeyed complex on a plot in upmarket Colaba in Mumbai.

The CBI had begun probe in the case after receiving a letter from the Ministry of Defence. The Adarsh Society, originally meant for Kargil war heroes, landed in controversy after media reports said several politicians, bureaucrats and defence personnel owned flats there. 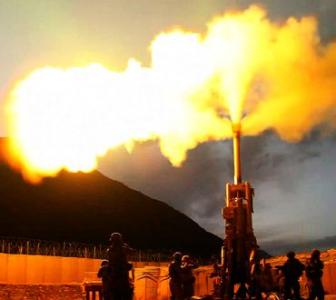 Ministry of Defence must push for an Indian gun
Aarushi's parents tried to influence doctors: CBI
Adarsh: Why no FIR against govt officers, asks HC