Passengers of the Tiruchirapalli-Chennai Rockfort Express had a narrow escape when suspected pro-Liberation Tigers of Tamil Eelam elements blasted railway tracks at Perani railway station in Villupuram district of Tamil Nadu in the wee hours on Saturday.

About three feet of tracks were blown off in the explosion when the train was coming towards the station at around 2:10 am.

The station master cautioned the driver of the train, who applied emergency brakes averting a major train disaster, police and railway sources said.

Leaflets condemning the visit of Sri Lankan President Mahinda Rajapaksa were found from the spot, police said. Train traffic has been disrupted on the route following the explosion.

Most of the trains coming to Chennai from other parts have been stopped or diverted. A manhunt has been launched for the culprits. 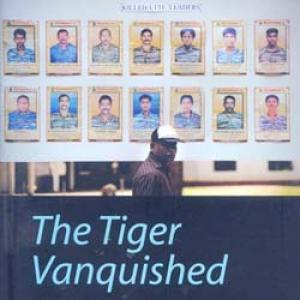