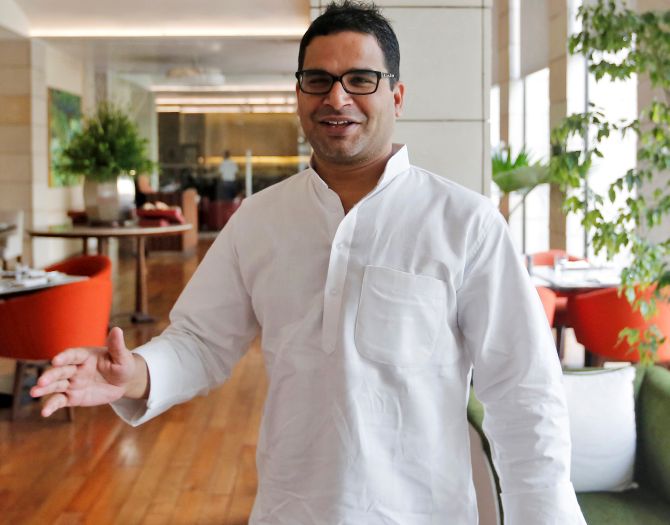 Poll strategist Prashant Kishor and his team will be present at the Trinamool Congress's mega Martyrs' Day rally Kolkata on Sunday to understand the mindset of the people of West Bengal before the 2021 state assembly election, sources in the party said on Saturday.

A formal invitation for the rally had been sent to Kishor, a senior TMC leader told PTI.

Kishor's men from his Indian Political Action Committee (IPAC) would mingle among the crowd on Sunday to understand the public mood before they came up with a 'political dawai (strategy)' for the 2021 polls, he said.

"He (Kishor) and his team members will be trying to read the minds of the people and the party workers at Sunday's rally. They will also try to understand which sections of the people participate in the rally and what are they looking for from TMC supremo Mamata Banerjee.

"Basically, they will try to understand the mood of the people," he added.

The IPAC men have also gone through video clippings of the Martyrs' Day rallies held in the last couple of years.

"After looking at the video footage of the rallies of the last couple of years, Kishor and his men are trying to evaluate the enthusiasm among people this year. They have also gone through the documents related to Martyrs' Day," the TMC leader said.

Kishor's men were also visiting the places where TMC workers from far-off districts had put up to understand their pulse, he added.

"They are trying to progress with calculation and these measures are part of their process to come up with a strategy to help our party get the desired success in the 2021 assembly polls," he said.

After the Lok Sabha polls, in which the Bharatiya Janata Party made major inroads in West Bengal winning 18 of the 42 seats, the TMC roped in Kishor last month.

Banerjee had claimed that the poll strategist would be helping her party as corporate social responsibility.

Since then, Kishor has held three meetings with Banerjee, who is also the West Bengal chief minister, in which he has chalked out strategies for TMC ministers, leaders and workers.

The poll strategist was also present at a recently-held meeting with the party's district presidents.

TMC sources said Kishor was giving tips to its district unit chiefs regarding the changes required in the strategies to help the party bounce back after the Lok Sabha polls.

"During his meetings with partymen, Kishor gave vocal tonic to them asking them not to lose confidence only because the BJP has done well in the Lok Sabha election. His advice was that they should consider the 2021 Assembly polls as their first election battle and start with new enthusiasm," the TMC leader said.

Banerjee will highlight "save democracy" and demand bringing back ballot papers to replace electronic voting machines (EVMs) in conducting elections at Sunday's rally.

The rally is organised by the TMC every year on July 21 in the memory of 13 Youth Congress activists killed in police firing in 1993 during the Left Front regime in West Bengal. Banerjee was a leader of the Youth Congress at that time.

The Banerjee-led party had won 34 parliamentary seats in the 2014 polls. 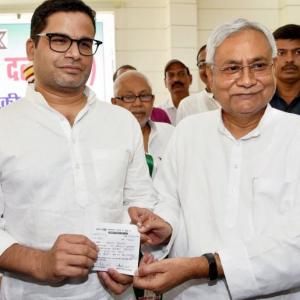