The official website of the Central Bureau of Investigation, which was recently hacked by unknown persons calling themselves 'Pakistani Cyber Army,' remains inoperative even after one week.

The National Informatics Centre that manages the official websites of the government of India and state governments had boasted to put back the CBI website up and running within 24 hours of the attack on Friday last.

Its engineers, however, admitted on Thursday that the hackers not only defaced the site, but destroyed all the data mounted by CBI on the NIC server, and hence it is taking much longer time to put back the data one by one.

All that they could do last Saturday was to make the website cbi.nic.in inoperative to stop the viewers' access to the hackers' messages like 'Long life Pakistan' and why they resorted to take over India's top investigating agency's website.
A Correspondent in New Delhi
Related News: Central Bureau of Investigation, National Informatics Centre, India, NIC, Pakistan
SHARE THIS STORY
Print this article
SC acquits 3 suspects in '93 RSS office blast case
India needs better defence against cyber attacks
CBI seeks 15-day additional custody of Aseemanand 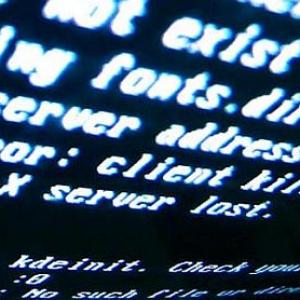