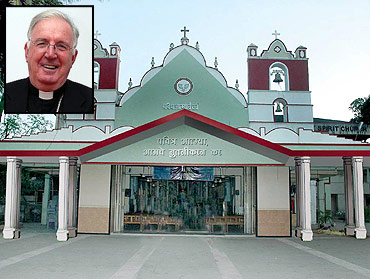 Pope Benedict XVI's official representative Cardinal Murphy-O'Connor is visiting Vasai, an extended suburb of Mumbai, along with President of the Catholic Bishop's Conference of India and Mumbai's Cardinal Oswald Gracias and Pope's envoy in India Archbishop Salvatore Pennacchio on February 9 to mark the silver jubilee of the trip made by the former Pope John Paul II to Vasai in 1986.

"He will be welcomed by the residents of Vasai by performing traditional aarti and local bands will play Vasai's traditional songs to represent the region's culture," said Church Parish Priest Fr Thomas Lopes.

He said, "Cardinal Murphy-O'Connor will hold a conference for priests and nuns of Vasai diocese between 5.30 and 6.30 pm. Immediately after the conference, he would preside over the Holy Eucharistic Celebration along with Vasai's Archbishop Felix Machado to convey the message of Pope Benedict XVI's to people of Vasai." 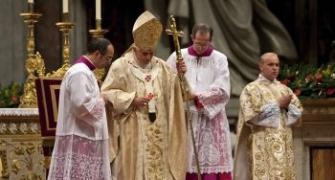 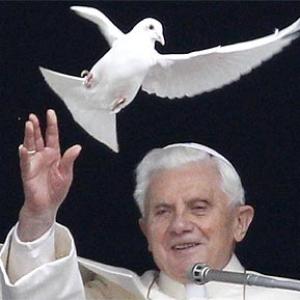 Pope stumped by Doves of Peace at Vatican 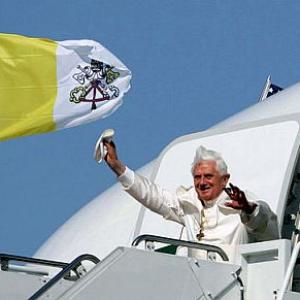 God save the Pope! Row erupts as papal arrives in UK