A holy man in Haridwar has expressed deep skepticism about yoga guru Ramdev's proposed plan to launch a political party to cleanse the system.

"Ramdev is a successful yogi, but politics will puncture him," said Sri Nityanand Puri.

"God has given him some gifts, but his ego will finish him. The hurly-burly of politics is no place for holy men, the New York Times quoted Puri, as saying further.

"He thinks that he can fix all the wrongs. He will be consumed by the dirt of politics," he added.

However, Digambar Jitender Puri, 36, a sadhu, or holy man, attending the Kumbh Mela festival this month on the banks of the Ganges River here, said Swami Ramdev was doing important work.

"He is thinking in the right direction and talking about the problems of the nation like corruption, poverty, economy. I think he will succeed," he said.

As the son of an impoverished farmer who made an improbable rise to the uppermost ranks of India's spiritual leaders, Swami Ramdev sees little need for modesty.

His winning smile and giggling shrugs suggest self-effacement, but the appearance is deceiving.

"I am very powerful. The people love me," he averred in an interview.

From the campus of his organisation, the Patanjali Yogpeeth Trust, he oversees a growing empire. Here, on the outskirts of Haridwar, he has a hospital and an Ayurvedic medical school and research institution, which teach an ancient system of natural healing, as well as a vast agricultural and processing operation that cranks out everything from shampoo to juice and herbal supplements.

Lately, his international profile has been on the rise. He has led yoga classes for huge crowds in Nepal, Japan, the United States and elsewhere.

His organization's holdings now include a small island off the coast of Scotland, donated by a wealthy Scottish-Indian couple. He is also planning to open a yoga and health center in the Houston suburbs on nearly 100 acres of donated land.

His venture into domestic politics is just the next chapter of his divine mission, Swami Ramdev said.

"Now, I see the light after the night. If India is saved, then the whole world will be saved," he says.

Swami Ramdev, who as one of India's most popular and influential gurus has reintroduced yoga to India's masses, segued seamlessly into his latest passion: politics. 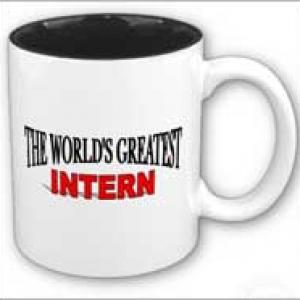 India shining: Interns get over Rs 1 lakh a month