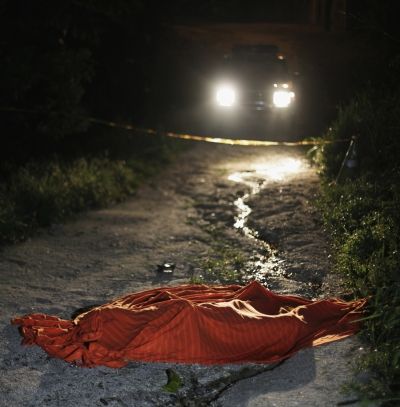 Left parties and Kolkata police were on Tuesday involved in a tussle over the cremation of the body of a 16-year-old gangrape victim, who died in a city hospital after attempting suicide.

The girl, who had been brutalised twice on October 25, had died at a government-run city hospital on Tuesday from burns sustained during an immolation attempt on December 23.

The girl’s father is a taxi driver and is close to the Centre of Indian Trade Unions.

He said that the girl’s family and the trade union had decided that the body would be kept at the Peace Haven mortuary in the city and a condolence rally with the body will be taken out during the day.

But the body was taken away forcefully by the police for cremation when it was being taken to the mortuary on Tuesday night without the family's consent, the girl's father and CITU sources said.

"The police took away the body forcefully and tried to cremate it at the Nimatala crematorium. But they could not do so as the death certificate was with the girl’s father,” said Communist Party of India - Marxist state secretariat member Rabin Deb.

"The police claimed that the condolence rally with the body cannot be allowed as there is a dearth of policemen due to New Year celebrations," he said.

Kolkata police have denied the allegations.

"It is a totally false allegation. Whatever was done was done in consultation with Bidhan Nagar police, under whose jurisdiction the girl's house falls, and the family members. We did not forcefully take away any body," said Joint Commissioner of Police, Headquarters, Rajeev Mishra.

When contacted, Deputy Commissioner of Bidhan Nagar Police, Detective Department, Arnab Ghosh said, "The incident happened in the jurisdiction of Kolkata police so we can’t comment on it."

The girl's body was later cremated at the Nimtala cremation ground.

Meanwhile, the victim's brother-in-law Anand Kumar claimed that a few days ago, the police had told them that the girl, in her dying statement, had said that "she didn't attempt suicide but was set on fire by the culprits".

The Left Front on Wednesday organised a protest march in Kolkata. The party has decided to organise protest rallies condemning the incident in various parts of the state.

The father of the gang rape victim alleged that Kolkata police asked him to leave the state and return to Bihar with his daughter's body.

The ruling Trinamool Congress accused the Left Front of launching a "false propaganda" against the state government.

"The CPI-M- is alienated from the people and they are desperately trying to launch a wrong propaganda against the government over this issue. But the people will not accept this," said TMC General Secretary Mukul Roy.

He said the girl's death was a sad incident and the administration had done whatever was necessary to bring the culprits to book.

"The accused are in jail and a charge-sheet has been filed against them," said Roy.

The girl's family has also alleged negligence by the R G Kar Medical College Hospital, where she had been admitted.

Doctors at the hospital said the girl was admitted with nearly 80 per cent burns and damaged lungs. She died at around 2 pm on Tuesday.

The girl had been gangraped twice in a day on October 25 at Madhyamgram, in the northern fringes of the city.

She was first gangraped near her house and found lying in a field near her house. She was forcibly taken away by the same gang and raped while she was returning home with her parents after lodging a complaint at the local police station.

The severely injured girl was later found lying unconscious near the railway track at Madhyamgram the same day.

Her family had shifted from Madhyamgram to Dum Dum in Kolkata after the brutal incident.

Six people were arrested after local residents demanded immediate action against the gang.

The victim's family members alleged that on December 23, a close associate of the gang leader Chottu had visited their Dum Dum residence and threatened them with dire consequences if the girl did not withdraw her complaint.

She tried to immolate herself on the same day.

Shyamal Chakrabarty, CITU president and CPI-M Central Committee member, said, "Are we living in a democracy? A girl is gangraped, she dies and the police forcefully try to take away the body to cremate it rather than arrest the culprits." 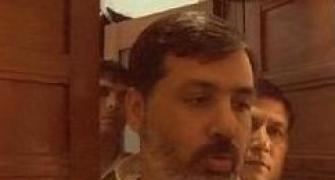 BSP MP, wife arrested in a case of murder of a maid 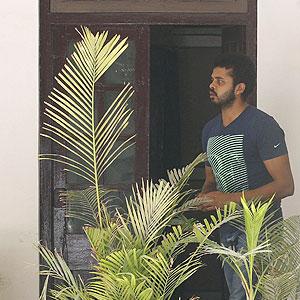