Source: PTI
January 14, 2011 10:29 IST
A reporter of Geo television channel was gunned down by unidentified persons in Karachi on Friday.

Wali Babar was returning home from work when he was intercepted by some people in a car and gunned down from close range in the Liaquatabad area of the city.

"We are looking into the motive behind the killing and it is premature to say if this was also a target killing," a senior police official said. But Geo News channel described the incident as another target killing which has claimed eight lives since Thursday.

The police arrested 12 people on Friday from the Pehlwan Goth area of Gulistan-e-Jauhar following a search operation after violence started from the area on Tuesday night.

Pehlwan Goth has been in the grip of violence for the past three days after three people with political affiliations were killed, stirring unrest in the area.

Firing continued in the area on Friday as the clashes between two opposing political groups intensified. The clashes have generally been between the supporters of the Mutthaida Qaumi Movement and Awami National Party, the parties which are coalition partners with the ruling Pakistan People's Party.

Just before the killing of Babar, senior ANP leader Bashir Jan and his driver were attacked in Gharibabad area. The driver later succumbed to his injuries in the hospital.

At least eight people, including three ANP activists and three MQM activists, were gunned down in targeted killings on Thursday. 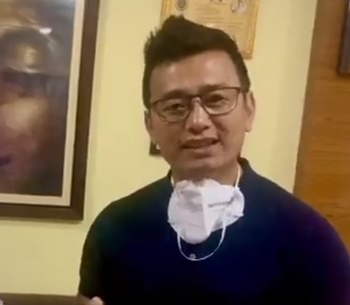