A bid to storm the central jail in Karachi has been foiled with the police arresting seven members of a banned militant outfit that were plotting the raid.

Senior officials of the Criminal Investigation Department (CID) said on Friday that seven activists of the banned militant outfit Lashkar-e-Jhangvi have been arrested and have revealed the plan to attack the central jail.

CID DIG Kamran Fazal and CID SSP Chaudhry Aslam told a press conference that the plan was revealed when the arrested militants were interrogated by the police.

"The militants have confirmed that they had planned to attack a Shia school bus to divert security forces' attention and then attack the central jail," Aslam said.

Fazal repeatedly stated that the interrogation does not reveal that the militant organisation has plans to target different Shia schools.

"The information we have extracted reveals plan only about a specific school," Fazal said.

Fazal also confirmed that there was creditable evidence to now suggest the presence of militants in the city.

"Most of them have come to Karachi from the northern region and settled in areas where they don't face language barrier," he added.

Fazal said it was true that leaders of the Awami National Party have been on the hit list of these militants coming from the northern tribal areas.

Explaining the movement of terrorists and ammunition within the country, Fazal said that all vehicles travelling to the city cannot be scrutinised as it will cause inconvenience to the passengers.

He added that much of the weaponry is brought to Karachi in pieces and is assembled here. 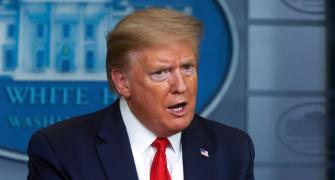 'Can you imagine dancing with Madhuri Dixit?'