Clashes erupted between agitators and police in Greater Imphal area on Sunday as supporters of introduction of Inner Line Permit in Manipur continued their defiance of the curfew, which stepped into the fifth day, and took to the streets in large numbers.

Police said the forces burst teargas shells to control the agitators, who in turn used slingshots and catapults on them. 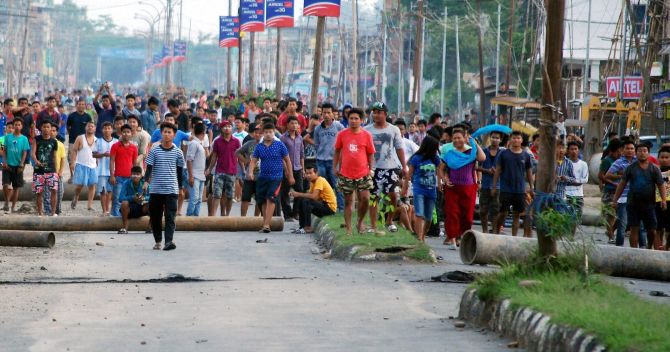 Both sides sustained minor injuries, police said, adding that the clashes took places after the end of the curfew relaxation hours at 12 noon.

Sit-in protests were held in about 40 villages across the state as the movement demanding the introduction of the regulation along the lines of Nagaland, Arunachal Pradesh and Mizoram is now spreading to Thoubal and Bishnupur districts, police said.

Meanwhile, the indefinite curfew, which was clamped on July 8 evening after a student lost his life during protests, would be relaxed for nine hours on Monday beginning at 5 am, according to orders by the district magistrates of Imphal East and West. 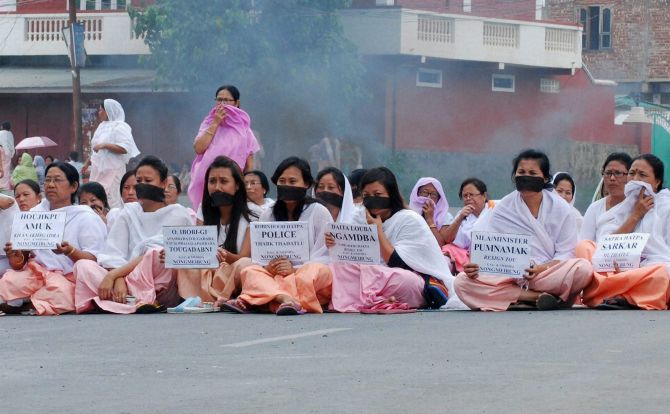 Protesters sit in opposition to the curfew in Greater Imphal. Photograph: PTI

There would, however, be restriction on gathering of more than five people and carrying of lethal weapons, the order issued during the day said.

Opposition parties in the state have lent their support to ILP demand and have demanded the  resignation of the O Ibobi Singh-led Congress government for its failure to implement the system in Manipur effectively.

Opposition MLA I Ibohalbi Singh of Trinamool Congress has demanded that the Okram Ibobi Singh government convene a special session of the house to discuss it.

The last session ended on July 10 and Joint Council on Inner Line Permit, which is spearheading the agitation, had been demanding that a bill for the implementation of ILP in the state be passed during it. 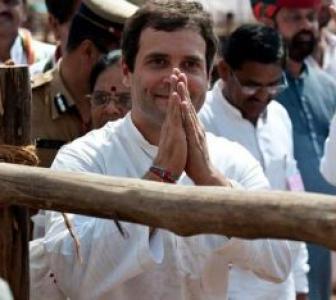 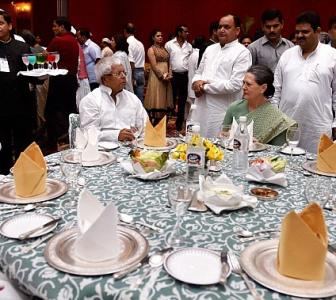 Will Rahul throw wet blanket on Modi's agenda in Parliament?